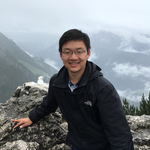 Triple Threat: The Rise of the Three-Pointer at Harvard

Harvard’s chapter of sorority Alpha Phi — which shuttered in response to the College’s sanctions — is back in business and joining a lawsuit against Harvard.

A group of fraternities, sororities, and students is suing Harvard over its social group sanctions, alleging the penalties are discriminatory, coercive, and unconstitutional.

The report calls for clarification of emergency response policies, expansion of HUHS counseling, and changes to Yardfest, among other recommendations.

A bill that could jeopardize Harvard’s social group sanctions will almost certainly fail to pass before the end of this congressional term, experts say. The fact Democrats may regain the majority in November only makes things worse.

Opponents of the sanctions have long hoped to force Harvard to choose between its sanctions and millions of dollars in federal funding. Now, they’re one step closer to making that happen.

At the memorial, students took turns sharing memories of Blair, ranging from late nights spent with her in the Dunster dining hall to chance encounters with her on the street that turned into close friendships.

Aministrators are “in dialogue” with some of the few single-gender social groups left on campus about the possibility of going gender-neutral and thus avoiding Harvard's sanctions, Khurana said in an interview last Thursday.

“It did not reflect the data, the process, that one would want in a social science report that looks at important issues like discrimination,” Khurana said.

Former Dean of the College and vocal sanctions opponent Harry R. Lewis ’68 sharply condemned Harvard’s penalties on members of single-gender social groups in a letter he sent to a House committee Wednesday.

After Hasty Pudding Theatricals cast women for its show for the first time in its nearly 200-year history, some students said they were excited by the change.

The Fox Club Changed Its Mind About Going Gender-Neutral — Again

The historically all-male, 120-year-old social group — which earlier this month vowed to go co-ed and in return earned College recognition — is no longer planning to do so, according to administrators.

The group is leasing its new space from the Fly Club, according to Cambridge property records.