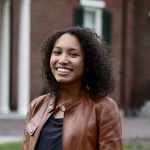 Kristine E. Guillaume is the President of the 146th Guard. She can be reached at kristine.guillaume@thecrimson.com. Follow her on Twitter @krisguillaume.

As students from concentrations that rely on non-tenure-track faculty for instruction, we strongly urge Harvard to respond to this petition with action: extend appointments for non-tenure track faculty by at least one year.

A Note To Readers

Harvard is currently facing a plethora of lawsuits, some against its admissions policies and some challenging its single-gender social group sanctions.

Bacow may not be sitting in court as Harvard defends its race-conscious admissions policies, but he receives daily updates — and he remains confident the University will win at trial's end.

Why President Bacow Is Already Prepping for the Next Recession

Amid fiscal hurdles, Bacow — an economist by training — is examining the University’s financials at the macro level. He’s already looking ahead to when the next recession hits.

Throughout American history, “100 days” has marked a critical benchmark for any new leader. The Crimson looks back on University President Lawrence S. Bacow's first months in Harvard's — and arguably, higher education's — top job.

At Bacow’s Inauguration, Pomp and Protest

Friday afternoon marked a rare occasion as the last four Harvard presidents descended on the Yard to ceremonially welcome Lawrence S. Bacow to their ranks.

In his email, Bacow included a link to an Institute of Politics website that helps students register to vote and request absentee ballots from their respective home states.

Bacow Has a Message for Harvard Hopefuls: The Sanctions Are Here to Stay

Just a few months into his tenure, University President Lawrence S. Bacow has a simple message for Harvard hopefuls: don’t apply if you’re not comfortable with the College’s social group penalties.

As Admissions Trial Nears, Bacow Insists 'We Don't Discriminate Against Anybody'

The brand-new president said he is “confident” Harvard will prevail in court when the suit goes to trial on Oct. 15, though he is unsure what the Supreme Court may do should the case come before the nation's highest judges.

The University’s record-breaking $9.6 billion capital capital sends a strong signal of faith in Harvard and higher education — but it also highlights ongoing tensions in the industry, experts say.

Harvard just beat Harvard's own fund-raising record. The University closed out its record-smashing capital campaign at $9.6 billion, meaning the school surpassed its original fundraising goal by more than $3 billion.

Bacow, a Michigan native, stopped through Detroit and Pontiac to make the case to locals that Harvard can positively impact their lives and neighborhoods. The trip comes at a perilous moment for higher education in America.

Harvard Affiliates Will Huddle With Bacow to Strategize About Trump, DACA

A group of faculty, students, and staff will meet with President Bacow to discuss the Trump administration’s controversial policies on immigration.