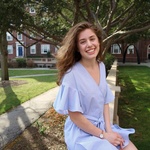 Jamie D. Halper is the Associate Managing Editor of the 146th guard. She can be reached at jamie.halper@thecrimson.com. Follow her on Twitter @jamiedhalper.

Disclosures of sexual and gender-based harassment across the University increased 56 percent in 2018, according to an annual Title IX Office report.

Harvard is currently facing a plethora of lawsuits, some against its admissions policies and some challenging its single-gender social group sanctions.

President Bacow released a long-awaited report reviewing the University's Title IX policies and addressed concerns over how Harvard will adapt its guidelines to proposed government rules in an email to students Thursday.

News Analysis: How President Bacow Decides When to Speak Out — And When to Remain Silent

Bacow may not be sitting in court as Harvard defends its race-conscious admissions policies, but he receives daily updates — and he remains confident the University will win at trial's end.

“While listening to students discuss their experiences of shopping period, we also heard some students say that they felt excluded from decisions being made about undergraduate education more generally,” Claybaugh wrote.

Former University President Drew G. Faust created the committee in 2015 when Harvard continued to face criticisms of its policy and procedures on sexual misconduct after it overhauled them in 2014.

Throughout American history, “100 days” has marked a critical benchmark for any new leader. The Crimson looks back on University President Lawrence S. Bacow's first months in Harvard's — and arguably, higher education's — top job.

At Bacow’s Inauguration, Pomp and Protest

Friday afternoon marked a rare occasion as the last four Harvard presidents descended on the Yard to ceremonially welcome Lawrence S. Bacow to their ranks.

The Association of American Universities — which administers the survey — announced Thursday that Harvard would be one of 33 schools participating in spring 2019.

'I Can't Tell You Where the Money's Going to Come From,' Bacow Says of Endowment Tax

Bacow said the brand-new, Republican-backed tax on Harvard's $39.2 billion endowment will deal a blow to the University — but added he will protect the school's financial aid programs at almost any cost.

Alumni have circulated at least two separate letters in recent days — one addressed to the 13 Harvard alumni who currently serve in the Senate, and one specifically to Sen. Ben Sasse ’94.