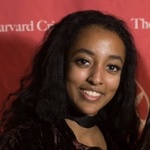 Leah S. Yared is the Magazine Chair for the 145th guard. She can be reached at leah.yared@thecrimson.com.

These four couples in the Class of 2019 are tying the knot.

Presidential Search Narrows to Under 20 Candidates

The 15-member search committee is currently winnowing a list of under 20 candidates and will pare it down further in coming weeks, according to individuals close to the search.

Next President Will Not Have Say on Sanctions

​Harvard’s next president will be unable to easily alter the College’s sanctions, limiting the authority of the University’s top office on one of the most contentious campus issues in recent memory.

As one of two former university presidents serving on the Corporation, Tilghman brings acute knowledge of higher education administration to the search process.

A professor of electrical engineering and computer science at Berkeley, Graham was a member of the Board of Overseers trio that joined the Corporation during the search that resulted in now-University President Drew G. Faust’s selection.

When Kenneth I. Chenault steps down as the CEO of American Express early next year, he’ll have at least one activity to fill his recently-opened schedule: searching for Harvard’s 29th president.

The committee tasked with selecting Harvard’s next president will begin “phase two” of the search—winnowing a list of nearly 700 unique nominations—by the end of December.

Our Own Little War

Harvard doesn’t have a Robert E. Lee, or a John C. Calhoun. Even so, questions of Civil War remembrance and Southern heritage crop up in Cambridge every so often.

Harvard will rescind the W.E.B Du Bois medal awarded to Harvey Weinstein, a movie executive whom more than 40 women have accused of sexual harassment and abuse.

Harvard’s presidential searches are famous for their secrecy, as the search committee endeavors to fend off national media scrutiny and Crimson reporters in pursuit of a scoop.

After facing widespread criticism for inviting and disinviting Chelsea Manning as a visiting fellow this month, the Kennedy School has decided to reassess how it uses that term.

Faust said she has had conversations with administrators at Yale and Princeton, two schools that have sought to create closer ties with social groups rather than penalize them.

As they left Loeb House on an unseasonably warm Monday morning, several search committee members declined to comment on the subject of Sunday’s meeting.