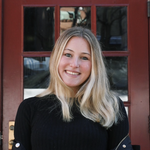 For competitors, coaches, and spectators alike, the Head of the Charles Regatta is a spectacle.  Some crew diehards, like Harvard men’s lightweight head coach Billy Boyce, have the opportunity to see this scene from multiple perspectives. After taking part in the HOCR as both a rower and a coach, Boyce experienced the regatta from multiple points of view while establishing himself as a key figure in collegiate crew, both in and out of the boat.

A Note to Readers

The NCAA moved to expand the women’s ice hockey championship from eight to 11 teams earlier this month — a change that followed years of pressure from Harvard coaches, who argued that a playoff expansion would improve gender equity in college hockey.

Justin Y. Tseng ’22 was elected to Medford City Council on Tuesday, becoming the first Asian American to serve on the council.

With the Olympics Around the Corner, Harvard and Radcliffe Rowers Prepare to Make Their Mark

Dean is the only enrolled Crimson rower headed to the Olympics, but not the only Harvard affiliate; alumni Andrew Reed, Alexander Richards ’18, Conor Harrity ’18, Liam Corrigan ’19, and Olivia Coffey ’11 from the Radcliffe team are competing for America. Sam Hardy ’18 and Josh Hicks ’13 are competing for Australia, and Jüri-Mikk Udam ’17 is rowing for Estonia.

As Justin Y. Tseng ’22 approaches his senior year, he is embarking on a job search that looks quite different from that of a typical rising senior. In late March, he announced his run for Medford City Council with the goal of serving the town he calls home.

Following narrow victories for Raphael G. Warnock and T. Jonathan “Jon” Ossoff in the runoff elections for Georgia’s Senate seats, Harvard students met the news of a Democratic-controlled Senate with a mix of elation, regret, and tempered anticipation.

Three Harvard political organizations condemned the riots at the Capitol Building in Washington, D.C. and called on national political leaders to do the same in a joint statement Wednesday evening.

Harvard students from across the country pitched in to campaign in Georgia ahead of Tuesday's contentious Senate runoff elections.

Harvard students launched a tool Friday for Georgia residents to monitor their voter registration statuses ahead of next month’s contentious Senate runoff elections in the state.

New Zealand Prime Minister Jacinda K. L. Ardern shared her vision for leadership before a record-breaking audience of thousands at a virtual John F. Kennedy Jr. Forum on Tuesday — the largest since the event series moved online in March.

After the COVID-19 pandemic hit, Harvard’s Office of Career Services had to abruptly adapt its resources to an online format, trading pizza events and lively career fairs for virtual advising and webinars.

Several political analysts reflected on the 2020 election in a webinar hosted by the Harvard Kennedy School’s Institute of Politics on Thursday.

Researchers have designed a new tool that focuses on a particular potential superspreader event: football games.