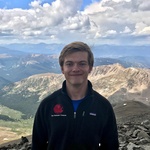 Adams to Designate a 'Wellness Entryway' Next Year

Beginning next year, one entryway in Adams House will be focused specifically on student wellness.

​Quincy House and College staffers are launching a search for a new resident dean, according to Dean of Student Katherine G. O’Dair.

The Committee on Student Life met Thursday morning to discuss the College’s long-anticipated final implementation plan for its social group policy—and to begin to determine the committee’s role in evaluating that policy.

Students called on architects to keep the "finer details" of Adams House intact during planned renovations at a town hall held Wednesday night.

The College is working to debut a gender-neutral housing option for first-year students starting next year with the Class of 2022.

After repeated reports of “vandalism, theft, and destruction of property" over the weekend, Winthrop House administrators threatened disciplinary action.

Sadé Abraham will serve as director of a new summer program geared toward first generation, low-income, and under-resourced freshmen.

College Admits 14.5 Percent of Early Applicants to Class of 2022

The College notified 964 students of their acceptance into the Class of 2022 Tuesday, representing 14.5 percent of the 6,630 applicants for early admission.

Department of Justice Threatens Lawsuit Against Harvard in Admissions Probe

The Justice Department's investigation has stalled as Harvard has refused to turn over “a single document.”

Harvard awarded students a total of nearly $414 million in financial aid in fiscal year 2017, a roughly 4 percent increase from the previous year.

Harvard will partner with the non-profit Service to School to assist U.S. combat veterans applying to higher education, partnering with a dozen other universities in the initiative.

The Department of Justice’s response to a Freedom of Information Act request has suggested an active investigation into alleged discrimination in Harvard’s race-conscious admissions policies.