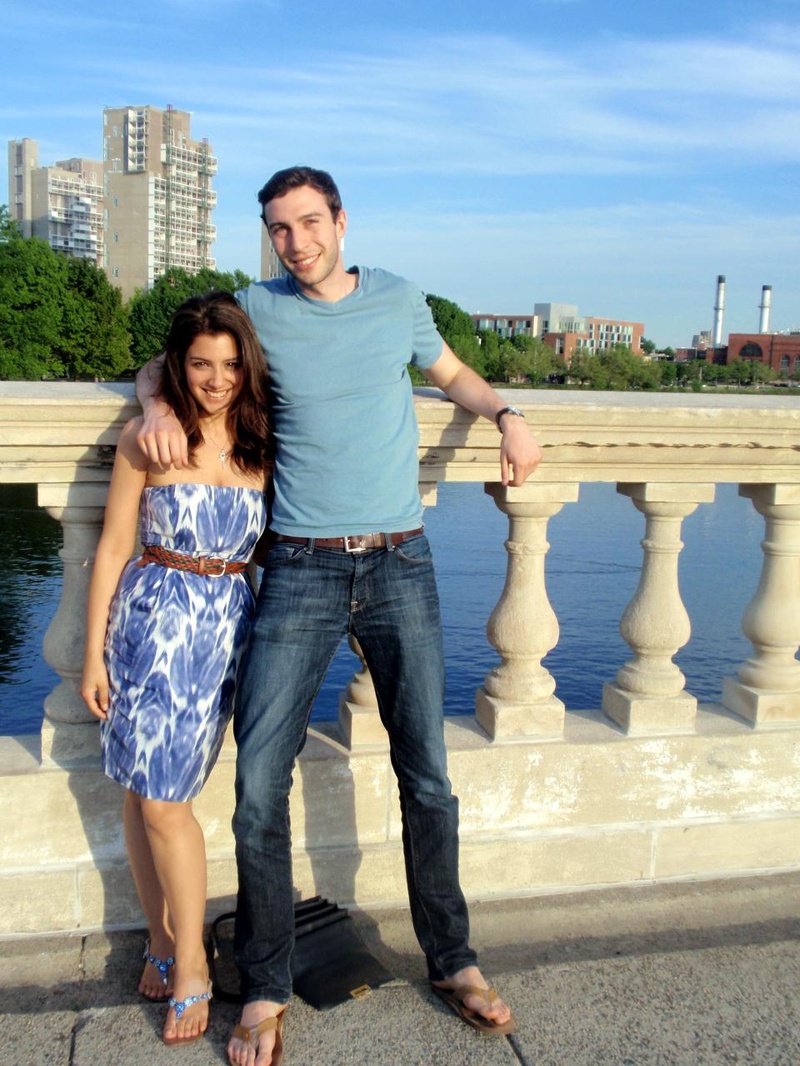 Where you met: My blockmate directed a play which Racheal was in, and I was on staff helping him out.

Where and when you got engaged: Her apartment on Valentine’s Day 2012

Most memorable date: Our first date. There was no real plan. We ended up going to Addis, the Ethiopian restaurant, and had this weird honey wine.

Three words to describe yourselves as a couple: Goofy, idealistic, loyal

What your friends would say about you: RSE: My friends are always saying, “You guys are so cute.” WNWF: My friends say, “You guys are crazy, but we like Racheal. We don’t see as much of you anymore. Can we still hit on Racheal now that you’re engaged?”

Something you’ve always wanted to tell people: RSE: I read this quote—they’d interviewed a couple that had been married 65 years, asking them, how did they get through it? They said that they had grown up in a generation where if something was broken, you fixed it. There are going to be times when you hurt each other, and there are going to be times when you’re crazy. You just have to work on it. People don’t really get that anymore.

An anecdote that captures your relationship: RSE: We got a puppy this year. At first, I was like, “Can we please get a dog? Let’s just at least take a look around.” And he was worried that this was a horrible, horrible idea. We go there, and I finally convince him. But then halfway through, I started to worry “What if we can’t take care of a dog?” And he said, “I think it’ll definitely be fine. We can definitely take care of a dog.”

In 15 minutes you are: We’re going shopping.

In 15 years you are: I guess we’ll probably have a baby on the way maybe? Either a young child or a baby. Hopefully in 15 years, we’re starting a company together, building something together in New York, L.A., or Europe, and further along in our own careers.