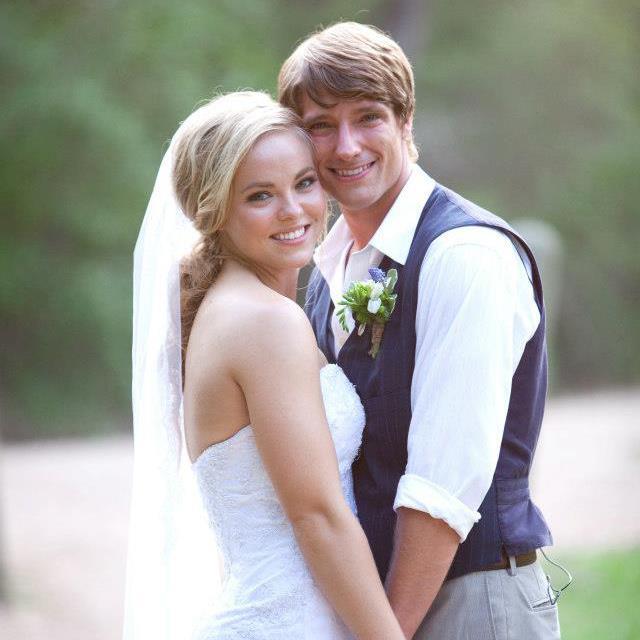 Where you met: A church beach volleyball game

When you got engaged: January 2012

Most memorable date: On their first date, they talked outside of Crema for four hours. AKR: “We just got each other. We could totally be ourselves.” It helped that both are huge coffee fans. In fact, Tim works right now at a coffee shop founded by friends of his, while completing a yearlong missionary training course that Ashley will enroll in next year.

Three words to describe yourselves as a couple: Silly, chai, adventurous

What your friends would say about you: A softball player, Ashley missed her senior season because she was married. “We just heard a lot of people say your first year of marriage is so foundational, you really need to commit to getting to know how to live together.... It was hard not to play. I love the game. I love my teammates.”

Something you’ve always wanted to tell people: Texas is the best country ever.

An anecdote that captures your relationship: They sleep in a twin-size bed, in their graduate student housing near Mather. They’re soon moving to a two-bedroom apartment in Watertown with a yard, a garage, and yes, a queen- or full-size bed.

In 15 minutes you are: Taking people to the airport