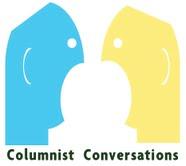 On Sunday night, Harvard students followed young Americans across the country by celebrating in public the killing of Osama bin Laden. Here, some of our columnists offer their reaction to bin Laden’ death, our response, and what it all means, in our new online "Columnist Conversations" feature. A reduced version of these views was printed on The Crimson's opinion page on May 4, 2011.

Osama bin Laden's death has been called a mainly symbolic victory but its success should not be trivialized. While the U.S. personnel abroad certainly know one death will not suddenly end their operations or immediately lessen the dangers they face, they will still be rightfully proud. As for our citizens back home, they deserve to respond to bin Laden’s death however they choose. I’ve been disappointed by those who have been quick to judge their fellow citizens and criticize their celebrations. People find closure in this death on a very individual level. For some, such closure might mean quiet contemplation or minimal impact; for others, there is catharsis in jubilation. Perhaps as a New Yorker I am more sensitive to the scars that will heal better for some now—take Hank Grazioso’s tragic story as just one example. I choose to put faith in my fellow students and assume that the celebrations in Harvard Yard Sunday night and around campus—including in my own common room—were for the many victims of whom we all know, and for the relief we can feel as a nation. The debate over whether students were celebrating “death” misses the point.  Just as the nation claimed to stand with the victims and New York after 9/11, so should it stand together as we react in our own ways.

Alexander R. Konrad '11 is a Crimson columnist in Quincy House.

Move on from Terror

Dylan R. Matthews ‘12: I'm glad Osama bin Laden is dead. It's an important symbolic and, if we're lucky, operational blow to al-Qaeda, and offers closure to people who were due it years ago. That said, this is as good a time as any to recognize that terrorism, while horrible, is one threat to the United States among many. As the political scientist John E. Mueller has been noting for years, the number of Americans killed by terrorism is in most years comparable to the number killed by lightning, and pales in comparison to the number killed by auto accidents. It is rather hard to come up with a good reason why we spend orders of magnitude trying to prevent deaths from terrorism than on tackling these more mundane threats. Sunday's raid brought us as clear a denouement as we're going to get in the war on terrorism. It's time to move on.

Dylan R. Matthews '12 is a Crimson columnist studying abroad at the University of Cambridge.

Osama is our Voldemort. He’s our Emperor Palpatine. He is the Face of Evil, a mythical holdover from when we were too young to realize that evil has no face. After all, our generation is generally not allowed to call anyone evil. No one is evil, they told us. They just had weird childhoods. Except Osama. He was pure evil, an acceptable target, the video game villain at the end of the level. And this was a relief. In our guts, we are accustomed to simple villains.