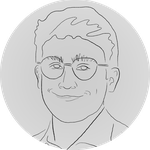 Five Theses on the Humanities Crisis

There are a million articles on the death of the humanities with a million different opinions as to why the decline is occurring, leaving the scholarship surrounding the issue fairly disjointed and multi-layered. So, I decided to write five theses instead of one overarching argument, Martin Luther style.

Distribution of Humanities Degrees at Harvard

Humanities as Share of National Degrees (Men and Women)

Even though the educational gender gap may not extend to Harvard yet, more people need to be thinking like Justice Kagan and asking about the future of men in higher education.

ratio of men to women in college

Harvard is Less Important Than You Think

If you care about expanding educational opportunity, then a focus on selective institutions makes very little sense. I understand the irony here. I’m writing a piece about Harvard saying we should talk less about Harvard. But we should all keep in mind the stakes surrounding discussions about our school – while not unimportant – are lower than we think.

Want to Make the Most of Harvard? Be Yourself and Make Rich Friends

My roommate once compared attending Harvard to getting lunch with Obama. Imagine you have 30 minutes with the former president. Thirty minutes to learn something new or to impress him. Now, imagine everyone else around you is also eating lunch with Obama — you’re constantly worried about using your 30 minutes as well as they do.

Grade Inflation: What Goes Up Must Come Down

The damage of grade inflation has largely been done as there’s no hope of returning to a grading scheme where a C is average. But we can still resolve the growing threat of grade compression before it wreaks further havoc on Harvard’s education. Maybe it’s time for another “Committee on Raising the Standard” — 128 years later.

5 Favorite Peet’s Drinks & What They Say About You