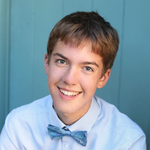 Harvard should celebrate forums for speech beyond the scope and sensibility of The Crimson’s Editorial pages. But self-ostracism only perpetuates a culture of political orthodoxy. I challenge my peers to eschew anonymous bylines for the public square.

The Graduating Class of 2021 By the Numbers

Each year, The Crimson conducts a survey of Harvard College’s graduating class, collecting data about where they are headed next, how they spent their time at Harvard, and what they think of the College and the country.

In the final episode of "Crimson Connections", we spoke to Walter S. Isaacson '74 and Evan W. Thomas III '73. They met briefly at Harvard but became close after working together at Time Magazine. They began their accomplished media careers as print journalists after both having written for The Harvard Crimson. In 1986, the two co-wrote a book profiling key players in post-World War II American foreign policy. Since then, they have individually authored definitive biographies of figures including Steve Jobs, Robert F. Kennedy, Albert Einstein, Richard Nixon, and Leonardo da Vinci.

In the next episode of "Crimson Connections", we spoke to Andrei Shleifer ’82 and J. Bradford DeLong ’82. As Weld Hall freshman roommates, they spent evenings working through problem sets for Math 55 — among the most difficult undergraduate math courses in the country. Their collaborations soon turned to groundbreaking papers in behavioral finance and political economics.

In the next episode of "Crimson Connections", we spoke to Mary Louise Kelly '93 and Tracy Palandjian '93. They aren’t in the same profession today, but their lives were intertwined as Harvard undergraduates. Kelly is now co-host of All Things Considered on NPR, and Palandjian is the co-founder of Social Finance, the impact investing nonprofit, and former vice chair of the Harvard Board of Overseers.

In the next episode of "Crimson Connections", we spoke to Jill E. Abramson '76 and Amy Wilentz '76. Before Abramson sat at the helm of The New York Times and Wilentz embedded herself within post-Duvalier Haiti, these decorated journalists were Mather House roommates and kicked off their reporting careers as undergraduates — Wilentz for The Crimson and Abramson as a theatre critic for The Harvard Independent. They were part of the first cohort of women to live in Harvard Yard.

In the next episode of "Crimson Connections", we spoke to Mark J. Penn '76 and Doug E. Schoen '74. Their collaboration culminated in half a decade as the architects of the polling-driven strategy of President Bill Clinton; the duo is commonly credited with helping Clinton to win re-election in 1996. Penn remembers giving the final poll result to the incumbent president on Air Force One on election night, and Doug recalls personally walking into Trump Tower to demand a check from future president Donald Trump, who in the 1980s was already surveying his political viability.

In a new video series presented by The Crimson, we reunite two prominent figures who were roommates back at Harvard. Two decades before their careers converged as activist hedge fund managers, William A. Ackman ’88 and Paul C. Hilal ’88 were arguing about everything, including the physics of weightlifting in a Harvard gym. 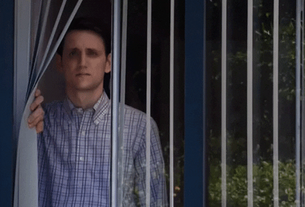 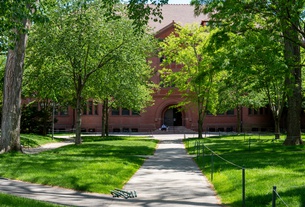