Swimmers take their marks against Northeastern on Feb. 5.

Sophomore Sonia Wang battled back from an injury to win the 400 individual medley at Ivy League Championships and led Harvard women's swimming, pictured here in earlier action against Northeastern, to a second-place finish.

This weekend, Harvard women's swimming and diving remained undefeated with a pair of wins over Ivy foes.

This weekend the Harvard women's swimming and diving team opened its season with a dominating performance.

Ted Donato gets animated during a 2013 Beanpot semifinal loss to Boston College.

After falling to Yale and Princeton at H-Y-P, the Crimson looks to return to the top of the Ivy League at the championship meet.

Year in Photos Arts : LOOK UP

Liza Batkin ‘15 offered jam to an attendee during the opening of the Harvard Dance Project’s “LOOK UP” in November. At one stage of the installation, dancers invited attendees to sit and eat bread.

Chloe S. Maxmin '15 leads a group of Divest Harvard protesters into Emerson Hall in an attempt to confront University President Drew G. Faust, who attended an event in the building.

Wednesday was the two-year anniversary of the beginning of the Boston Marathon bombings. In this file photo, a woman writes on the "Boston Strong" wall placed in the Science Center Plaza in April 2013. The wall was intended to provide a space for Harvard affiliates to write notes to those affected by the Marathon Bombings, and to give thanks. 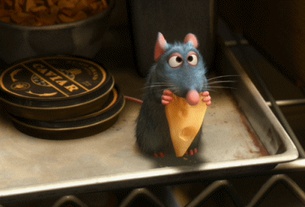