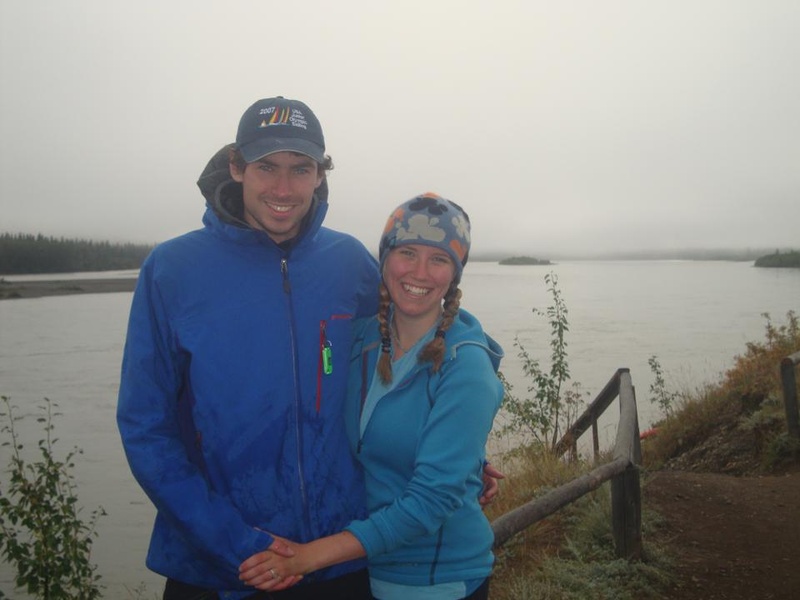 Courtesy of Nicholas B. Waldo

Where you met: September 2006, in high school. He took me to my freshman prom.

Most memorable date: Thanksgiving weekend, 2010. I hadn’t seen him in 10 months, and we had been dating for one month, so over Thanksgiving, I flew from Seattle to here, and I spent four days here. It’s a four-hour plane ride, and I was just thinking, well, I can always change my plane ticket if it doesn’t work out. But it ended up working out.

Three words to describe yourselves as a couple: Resilient, stubborn, loving

What your friends would say about you: Weird. When we’re in couple mode, we kind of have our own sense of humor. Never boring. I just ran an ultra marathon, and Nick climbs. Nick was there every step of the way. We’re dedicated but with a dysfunctional sense of humor.

Something you’ve always wanted to tell people: If there’s something that you really want, and it’s a lot of work, it can be worth a lot of work. In high school, we lived 90 miles apart. The only way to see each other was by flying or ferrying. That was why we initially didn’t start dating sooner. But you should never write anything off because it seems like a long shot.

An anecdote that captures your relationship: HMH: It was 2009. It was his senior year [of high school], and he was going to school here, and I was still in Alaska, and we were at a track meet. And I had a ring on my right hand, and Nick said something rude, and I went like this [slapping motion], and it gave him a bloody nose. He went inside and got Kleenex, and we went outside to talk. NBW: The kiss didn’t happen until I was about to leave. HMH: But I had to punch him first.

In 15 minutes you are: I’m going to make him start packing his room, because that needs to get done.

In 15 years you are: Back in Alaska, working for the police department. We have one child or two and a German Shepherd husky.