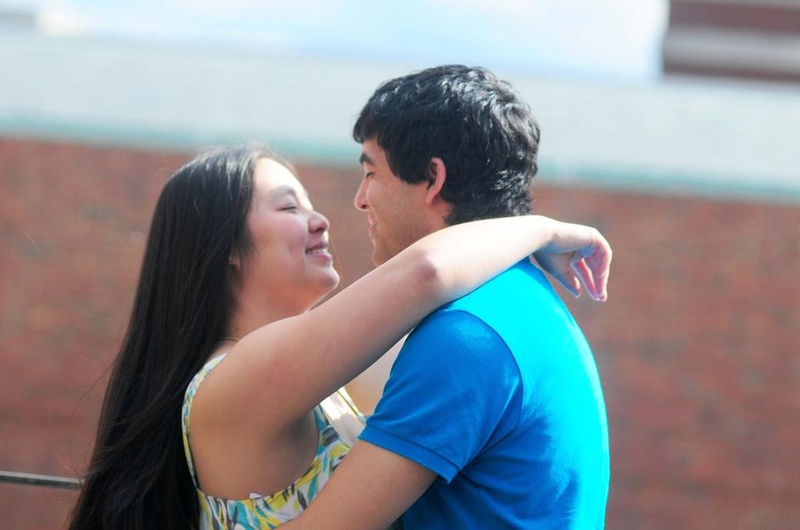 Where you met: We were both serving in the prayer ministry for the Asian American Fellowship at the beginning of the 2010–2011 school year.

When you got engaged: Oct. 20, 2012: Widener Steps. He had set up a scavenger hunt, and each note had memories from our relationship.

Most memorable date: Our first official date was on Valentine’s Day in 2011. He got a Zipcar, and we drove down to Singing Beach in Manchester-by-the-Sea. That’s when he officially asked me to be his girlfriend.

Three words to describe yourselves as a couple: Faith-centered, honest, solid

What your friends would say about you: Very close. We spend a lot of time together. We’re usually deep in discussion or lost in thought. We also almost always know where the other person is and what they’re up to. Our relationship is pretty cutesey and gushy, but that’s a very small portion of what we talk about.

Something you’ve always wanted to tell people: A lot of people can’t be a good boyfriend or a good girlfriend if they’re not given the opportunity to grow into being one. A relationship is really what you make of it. If you want a relationship to be easy, then it’s not going to mean very much. That’s just how it works.

An anecdote that captures your relationship: MGT: That jet-skiing time, but that is hard to describe in words. ESW: It was over J-term. We went on a cruise down to the Bahamas. We decided to go jet skiing. Matt drove first. It was fine. It wasn’t brilliant; it was very vanilla jet-skiing. You know, he is the rock of our relationship. Very solid. Next, we switched, but I couldn’t get the concept of slowing and easing down. Matt said he has never been more terrified in his life. MGT: She has trouble sticking to the beaten path, but it’s always very exciting and terrifying.

In 15 minutes you are: Getting Berryline!

In 15 years you are: Probably finally getting a paycheck! ESW: You’ll be a real doctor at that point, right? MGT: Yeah, and you’ll be just putting out your first paper as a psych researcher.