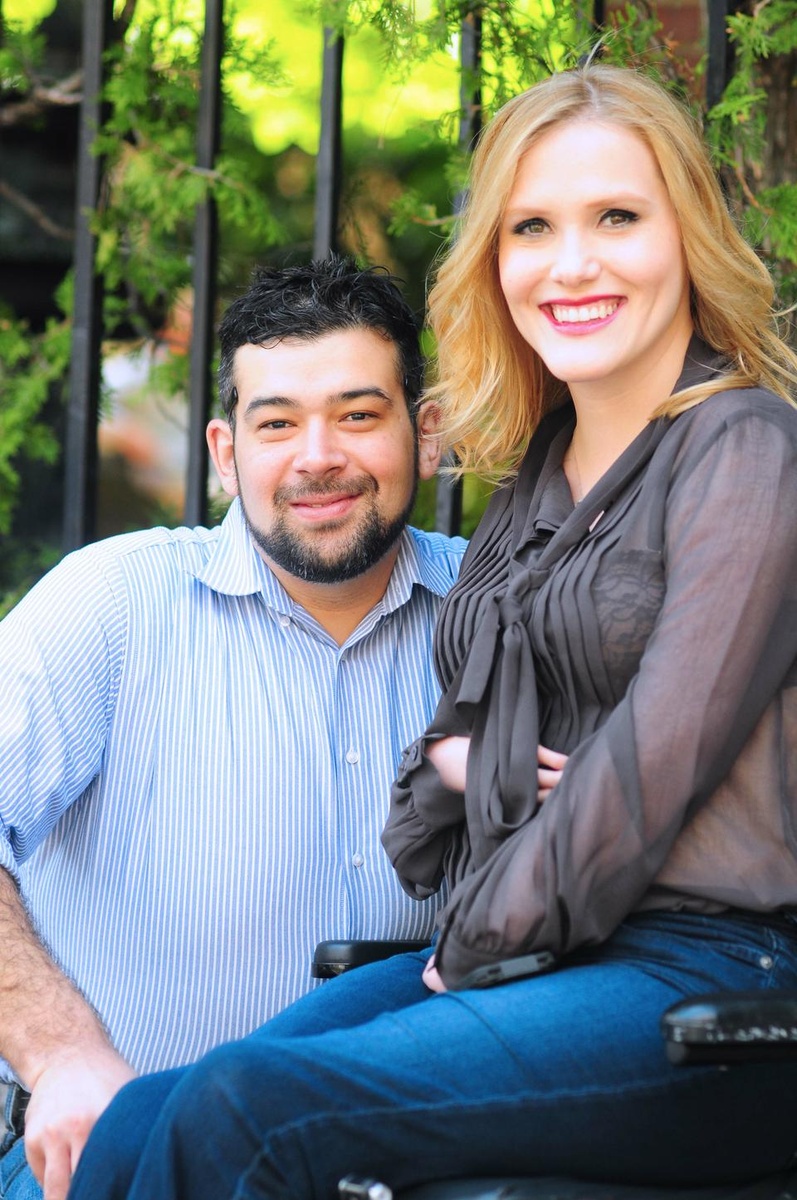 Where you met: Kleber was bartending at Grafton Street, and I was a regular there, I guess, and we just met then. So romantic. Should we make up a really romantic story?

When you got married: We were married on Oct. 25, 2012. The ceremony was at Boston City Hall with just us, followed by a small reception with about 30 people at one of our favorite restaurants, Posto.

Most memorable date: There’s a restaurant in Boston called “Teatro.” That was our first actual date. We were supposed to go see a movie, but we ended up staying at dinner for five hours.

Three words to describe yourselves as a couple: Five-year-old

What your friends would say about you: KPD: Perfect. LEF (joking): Cliche.

Something you’ve always wanted to tell people: KPD: Go with the flow. Everyone is trying to figure out the way things are. But just go with the flow. We’re like water, you know?

In 15 minutes you are: Taking our dog out to use the restroom.

In 15 years you are: Spending some time in Brazil on the beach. Also taking the dog out to use the restroom.