Spry Skier Off to Promising Start 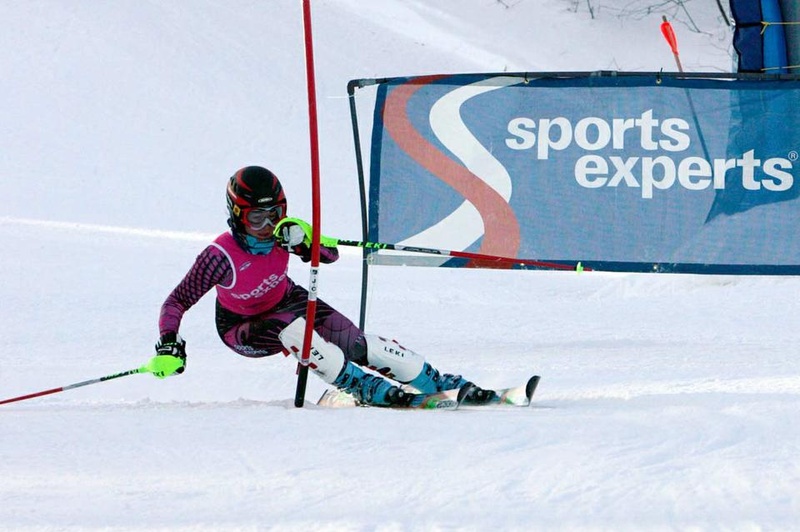 Rookie skier Rebecca Nadler—who will likely qualify for NCAA Nationals—led Harvard on the slopes, with finishes in fourth and sixth place on the Eastern Intercollegiate Ski Association Carnival Circuit.

In her first month of collegiate competition, Rebecca Nadler has already established herself as one of the greatest alpine skiers Harvard has ever had.

After two weekends on the Eastern Intercollegiate Ski Association Carnival Circuit, Rebecca Nadler has posted fourth and sixth place finishes and has in all likelihood earned herself a spot in the NCAA Championships.

“It won’t officially list the qualifiers for NCAAs until the end of the season, but no one could knock her out,” alpine coach Tim Mitchell said. “It’s got to be the first time we’ve had a woman’s alpine skier qualify for NCAA nationals in at least the last 30 years.”

But Nadler’s freshman status can be misleading. The Ottawa, Ont. native is arguably the Crimson’s most experienced member of the alpine team.

“My parents ski raced when they were young,” she said. “I started skiing as soon as I learned how to walk. I’ve been skiing and racing as long as I can remember.”

Nadler came of age while competing for the Mont Tremblant ski club.

“They have a very big, very successful ski program: the whole nine yards,” Mitchell said. “A lot of women [and] a lot of men have come out of there.”

After a successful run with Mont Tremblant, Nadler decided to take some time off from school to focus on skiing and competed for the Quebec provincial team after graduating from Louis Riel in 2008.

“I was taking it year by year: I was hoping to make the national team,” she recalled. “Things don’t always work out exactly as you expect.”

When that didn’t work out, she enrolled at Carrabassett Valley Academy, a ski and snowboard academy, for a postgraduate year. During her stay there, she skied under the tutelage of Martin Gray, formerly the coach of the New Zealand B National team. Gray saw in Nadler the potential for great skiing. He just had to convince her to see it in herself.

“In the beginning I think her confidence was a little low,” Gray said. “She wasn’t skiing technically very well. She just need a little confidence...propping up...She had a few things we wanted to work hard on to correct...At the same time, she was gaining in confidence, steam by feeling much better about herself, and the results started to reflect it.”

Nadler’s growth on and off the slopes attracted the attention of college coaches in the region, but Harvard offered her the best opportunity to compete at nationals.

“You can only bring three women [per team] to nationals,” Mitchell noted. “If she had raced [at Dartmouth], she might have qualified [and not gotten to go]. It’s one less thing she’d have to worry about.”

But while Nadler may have entered her postgraduate year as a dark horse, by the end of it she was anything but.

Nadler finished the 2009-2010 season as the Eastern Cup Champion.

Jantzen Loses Another Season to Injury

Skiing Athlete Of The Week