FEMALE ROOKIE OF THE YEAR RUNNER-UP: Nadler has Strong First Year Despite Setbacks 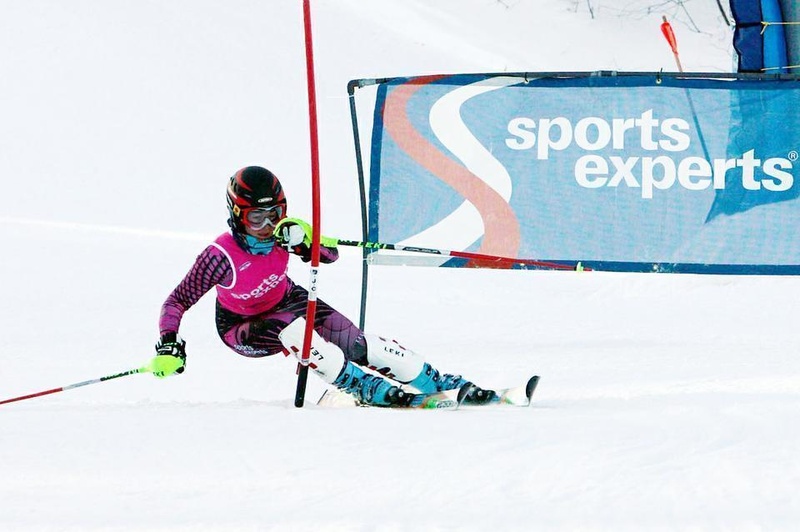 Freshman Rebecca Nadler overcame an illness and an injury sustained from falling from a cliff at the Middlebury Carnival to emerge as one of the Crimson’s top skiers. In her first collegiate event, the Ottawa native qualified for the NCAAs, where she recorded a 20th place finish in one of her runs.

The cream always rises to the top.

In her first two weekends of skiing, Rebecca Nadler established herself as one of the best skiers in the nation and arguably the greatest alpine skier Harvard has ever had. And nothing—not illness and not an injury sustained while falling off a cliff—could keep her from returning there by the end of the season.

But from that point, things got more difficult. Nadler became sick while on the plane ride back from Turkey, which resulted in finishes that were not as strong as her results from the first few weeks—though she and sophomore Catherine Sheils continued to post the best results on the team.

And just when Nadler started to recover, she fell off an unmarked cliff while skiing at the Middlebury Carnival. The fall kept her out of competition for the weekend and set her skiing season back again.

But when Nadler and Sheils became Harvard’s first alpine skiers ever to qualify for the NCAA Championships, it meant that the rookie would have one last chance at success.

The conditions weren’t stacked in Nadler’s favor. A last-minute change of plans moved the races up a day on account of weather, which prevented Nadler and Sheils from having a day to practice. In her first event, the giant slalom, Nadler struggled and took 33rd.

But she came back strong. In the last event of her freshman year—the slalom—Nadler found her stride with a 20th-place finish. After a solid first run, Nadler’s second run didn’t quite go as well, as she recorded the 23rd-fastest time. But even with the slower mark, her second run was arguably more impressive as she placed eighth at the midway split, showing she has some of the best speed in the country.

“We all knew she had the potential to do very well,” said sophomore Alena Tofte, who competed for the Nordic team at NCAAs. “She kind of psyched herself up [but] pulled through. She looked so happy afterward. She just made it happen, and it turned out really well.”

—Staff writer Christina C. McClintock can be reached at ccmclin@fas.harvard.edu.

TEAM OF THE YEAR RUNNER-UP: Harvard Wins the Ivy League