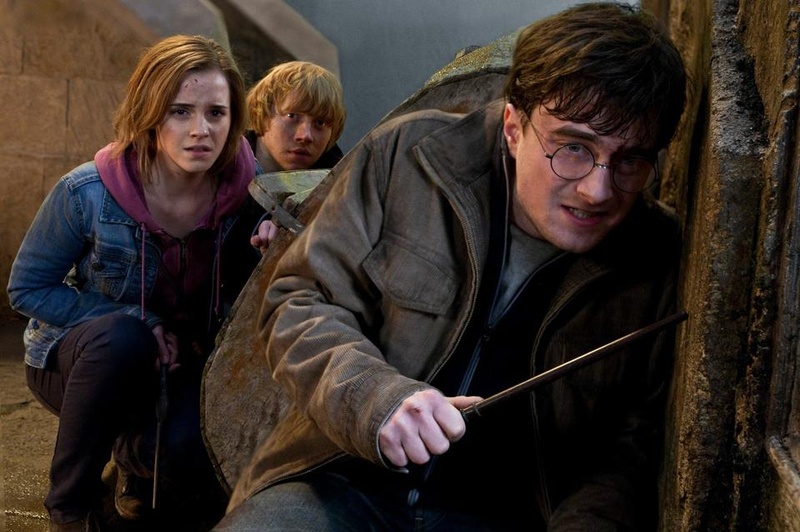 It could fairly be said that the Harry Potter books and movies are to our generation what the Beatles were to our parents. What began in June 1997 with just 500 printed copies of J.K. Rowling’s original “Harry Potter and the Philosopher’s Stone” concluded this summer almost exactly fourteen years later with a film that grossed $168.5 million on its opening weekend. The set of seven books has become the bestselling series of all time, with 450 million copies sold, and has been translated into 67 languages. The intensity of fanatical Pottermania has only grown as successive cohorts of children grew old enough to deal with its morbid themes.

As Rowling became conscious of her growing fanbase, she began making small concessions to our impatience in the days leading up to the publication of a new installment—character names, chapter titles, and other tantalizing details were released even as the new book itself was viciously guarded until its official release date. It is to her credit that the plot of the series did not capitulate to avid readers’ wild demands; indeed, the only stamp that popularity seems to have left on the last few books of the series is their length. Yet the eighth movie of the Warner Bros. series, even more so than the book on which it is based, seems to speak volumes specifically to us college-aged men and women old enough to have eagerly anticipated the release of every Potter book and movie since “Philosopher’s Stone.” With the final installment of the film franchise, director David Yates and his creative team have constructed a deliciously dark conclusion to the series, built entirely around the theme of letting go.

As the cinematic counterpart to just the conclusion of the last book of the Potter series, “Harry Potter and the Deathly Hallows – Part 2” revels in its freedom to focus on the action-packed splendor of a good old-fashioned castle siege without having to worry about dramatic buildup or the explanation of fantastical minutiae. The film begins in media res, with nary a production company logo or opening credit to be seen, with a shot of dark wizard Voldemort (Ralph Fiennes) robbing a fresh tomb. Yates makes it clear from the start that this is a movie with great tragic gravitas, not a gimmicky adaptation of a children’s book replete with cloying magical quirks and cozy fireside chats in the Gryffindor Common Room. This is a movie in which the entire magical world we have come to know and love implodes before our very eyes. One can’t help but feel a strange, convulsive excitement as symbol after symbol of childhood gaiety and security—the Quidditch pitch, the Room of Requirement, the bridge on which Lupin (David Thewlis) and Harry (Daniel Radcliffe) once bonded—burn to the ground. Rowling giveth, and Rowling taketh away, and with every newly crumbling antediluvian edifice a little part of the Potter world dies.

And each part dies, of course, in spectacularly expensive fashion. “A lot of Hollywood films tend to be bloated, bombastic, loud,” Yates told the British magazine The Observer in 2007, a couple years after signing on to the Potter project. “At the same time, I do like the infrastructure of making a blockbuster; it’s like having a big train set.” If a blockbuster is a big train set, then “Deathly Hallows – Part 2” is the TGV. The special effects of the film are an absolute triumph, from the reassuringly solid crunch as the titanic stone guardians of Hogwarts fall into rank and file to protect their home to the foggy green narcotic cloud of the Imperio curse as it slithers into the crooked nose of a remarkably realistic goblin. At one point, after a squadron of wizards magically erects a shimmering electric-blue hemisphere of a shield around the castle, Luna Lovegood (Evanna Lynch) aptly remarks, “It’s very impressive, isn’t it?”

For the most part, Eduardo Serra’s cinematography shows off these effects to their best advantage. The camera’s movement fortifies the magical fabric of the film as it zooms through invisibility cloaks and portraits concealing tunnels to give a sense of the secret and otherwise invisible structure of Potter’s universe. At times, however, Serra’s dramatic choices—including hackneyed slants and sways—distract attention from the action of the film. Alexandre Desplat’s original score, on the other hand, consistently complements the rich visual tapestry of the movie without overdoing it. One haunting choral motif, first heard at the absolute beginning of the film when Voldemort finds the wand that can make him master of death, returns in an elegant reprise at his own demise near the end. Periods of silence, too, are well-placed to evoke the emptiness felt in the wake of great destruction.

Such technical mastery, however, would be nothing without the company of some of the best actors England has to offer. Of all his performances over the course of the Harry Potter series, Alan Rickman’s latest portrayal of Snape is by far the most multidimensional and moving. He is equally powerful in Snape’s supercilious and guarded public guise and as the sensitive, fragile private man that emerges in this last film. The full revelations of Snape’s loyalty to Dumbledore (Michael Gambon) and his deep, unrequited love for Lily Potter (Geraldine Somerville) paint a tragic and moving vision of the complications in his relationship with Harry. Ralph Fiennes, as usual, is a perfect embodiment of the cruel ego of Voldemort, and Helena Bonham Carter deserves particular recognition for her astonishingly realistic appropriation of Hermione’s mannerisms during the short Polyjuice Potion scene in which the young witch impersonates Bellatrix Lestrange.

That said, there remains a disparity between the skill of the older, prestigious stage actors that the Harry Potter film enterprise has been so successful in attracting and the greener talent recruited to portray the three main protagonists. Emma Watson’s Hermione remains somewhat flat and one-dimensional, while Daniel Radcliffe almost looks as though he’s constantly trying to remember his next line. Rupert Grint has his weak moments, although the guttural howl he lets forth upon seeing his dead brother for the first time is truly striking.

The flaws of the film are minor, but not few in number. Most noticeable is the weak and stilted dialogue, which somehow rests well in the mouth of an actor like Ciarán Hinds but shines out in all its awkward glory in that of, say, Radcliffe. Repeated moments of clunky exposition become distracting and almost laughable by the end of the film. Likewise, the staging is often corny and overly calculated, as in the stiffly choreographed Great Hall scene in which characters group themselves quite obviously in terms of allegiance; the hackneyed slo-mo crawl-off that takes place between Harry and Voldemort during their duel; or any number of scenes in which Harry converses seriously in the foreground of a shot while Ron and Hermione linger uselessly in the shadow of a doorway behind him. Even hair and make-up, used to such wonderful effect in magical creatures, has its weaker points. Aberforth quite clearly sports penciled eyebrows, and Snape looks like a drag queen in the great swaths of dark eyeshadow piled on by the make-up team. Hermione doesn’t seem to have aged one jot “nineteen years later” in the epilogue, and there is a conspicuous lack of ruffled hair on all characters throughout the long and gruesome castle siege.

Other moments one might be tempted to call weaknesses in the film are those in which the plot deviates from that of the book. Ideas are attributed to different characters; the timeline of events is slightly twisted; and the complexities of certain subplots, most notably the subplot in which Neville (Matthew Lewis) might just as easily have taken Harry’s place as Voldemort’s arch-nemesis, are entirely glossed over in what seems to be an attempt to save time. It is indeed a shame that certain debates and controversies, which lend the events of the book a higher grade of realism, must be omitted. Yet the healthy 130-minute run time seems worth it, and avid readers will likely be appeased by nods to their favorite minor dramatic threads. Yet on the other hand, one might even have hoped that more of the book be left out of the movie; what’s silly on the page is—unsurprisingly—just as silly on camera. The sickeningly saccharine epilogue, complete with cringe-worthy inherited nomenclature, unfortunately made it past the cuts. Its naïve optimism clashes terribly with the macabre sobriety of the rest of the film, just like confectioner’s sugar on a freshly cut New York strip.

For it is precisely the lack of any kind of feel-good factor that makes this last installment in the Harry Potter epic so compelling. This is no longer a story about magic itself, but about childhood and its bittersweet demise. The most moving moments of the film are encounters with human aging and transience; the gravelly timbre of old Ollivander’s voice strikes the same mournful chord as Harry’s wobbly tremors as he speaks face-to-face with the ghosts of his dead relatives and friends. Yet alongside the end of youth something is gained: a final triumph over the childish caprice so clearly delineated in the serpentine lines of Voldemort’s eerily pale face, and perhaps even a little perspective on what has gone before.

Yoshimoto’s Latest Is a ‘Lake’ of Wisdom Rippled by Flaws