Yoshimoto’s Latest Is a ‘Lake’ of Wisdom Rippled by Flaws 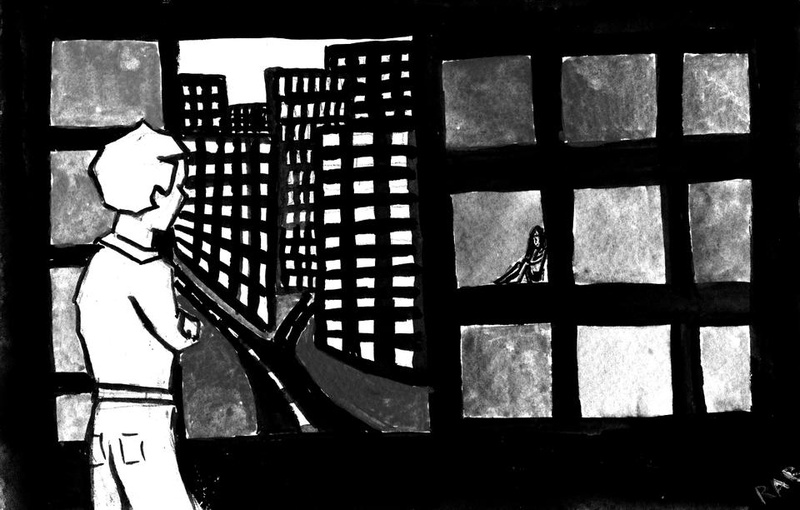 "The Lake" is available now.

Banana Yoshimoto chose her first name because she likes banana flowers. Her books are littered with characters with premonitory powers, inspired by people she claims to have met in real life. She gathers her own ideas from dreams. But even though Yoshimoto might dabble in the whimsical and the light, her most recent novel, “The Lake,” deals deftly with grief, death, and fear during an intense romance. Translated by Michael Emmerich, it stands out amongst other, fluffier romances for its crisply described settings, realistic and reserved characters, and intelligent meditations about the nature of intimacy.

“The Lake” centers around young muralist Chihiro’s narration of her mother’s recent death and the development of her relationship with the obsessive academic Nakajima. But instead of romantic storybook heroes, Chihiro and Nakajima are reticent people tormented by loss, drawn to each other because of their mutual habit of gazing out of their apartment windows.

The characters themselves are compatible opposites. Chihiro embodies the sensory artist, living fully in the present, observing the world around her with a wise eye. She is dispassionate about her past in provincial Japan, and paints murals as a way to live fully in her body. Nakajima lives in the past, deeply scarred from mysterious abuse; he is completely a creature of the mind, nearly dying from forgetting to sleep or eat while voraciously studying—a means of coping with his mother’s death. Yoshimoto develops Nakajima and Chihiro’s companionable relationship while also revealing Nakajima’s past, closely related to an otherworldly lake.

While “The Lake” is primarily a romance, Yoshimoto inserts supernatural elements to provide mystery, but these sometimes read as awkward and unnecessary. The most important of these are a brother and sister who live on the eponymous lake, one of whom functions as an oracle who can see the futures and inner desires of Chihiro and Nakajima. Given the refreshing, lighthearted tone of the novel as the couple gets to know one another, having a character that can suddenly divine personalities seems like a cheap way to speed up that process. A more reserved oracle could have kept the eerie tone without taking a major shortcut.

However, while some supernatural elements seem forced, Yoshimoto’s settings—especially the lake itself—are written with such care and realism that they overshadow the flashy dreams and oracles. Chihiro’s Tokyo apartment, the site where she paints her mural, and the hospital where her mother dies are so timeless that when Chihiro and Nakajima finally visit the lake halfway through the novel, the mystical and spiritual locale merely takes its place amongst the novel’s parade of vivid environments.

The greatest strength of “The Lake,” however, lies not in its environments or even its carefully drawn characters, but in how Yoshimoto takes no feeling for granted. She nimbly avoids the preconceived notions, clichés, and traps into which romances often fall. There is no melodramatic unraveling of psyches, no madness, not even hostility. There are just two characters slowly, hesitantly sharing their lives with each other. That uncertainty is the most realistic and compelling aspect of Nakajima and Chihiro’s relationship. Granted, there are moments in “The Lake” that seem too eccentric upon first reading. The novel begins with Nakajima crying during sex; he sleeps with a small metal cooking rack; sometimes, his conversation sounds stilted and inaccessible. However, when Chihiro finds out the reasons behind Nakajima’s odd manner, the revelation provides a satisfying finish to the novel.

Yoshimoto cites Stephen King, Truman Capote, and Augusten Burroughs as her writing influences, and “The Lake” borrows from those authors’ trademark stylistic tics. King’s uncomfortable, lurking darkness, Capote’s lilting cadences, and Burrough’s quirky, familiar diction combine with Yoshimoto’s tactile description and fresh observation in an arresting, readable style. Composed mostly of dialogue and Chihiro’s confident narration, it is a book that can be read once for the romance, twice for the supremely-crafted settings, and thrice for the immutable wisdom in its pages.

While the comparison between Yoshimoto and Haruki Murakami as two successful Japanese surrealists is inevitable, “The Lake” has the finality and accessibility that most Murakami novels avoid. Nakajima and Chihiro’s romance can be summarized by a particularly poignant line—“When someone tells you something big, it’s like you’re taking money from them, and there’s no way it will ever go back to being the way it was. You have to take responsibility for listening.” With its careful craft and intellectual flavor, Yoshimoto’s latest certainly is “something big.” It is a pleasure to take the responsibility of listening.

—Staff writer Christine A. Hurd can be reached at churd@college.harvard.edu.

Well I’m Not Dumb But I Can’t Understand: ‘Lola’ Confuses