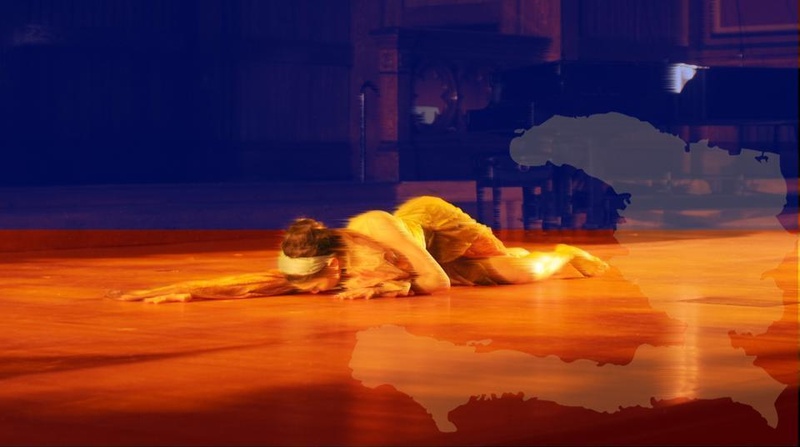 Poets and performers alike are banding together to raise money and awareness of the Haitian tragedy.

Artists are often perceived as reclusive, resentful of society, so adamant about their privacy that the public becomes all the more interested in violating it. They may even be seen as egocentric or possessed by a monomaniacal devotion to their work. The archetype can be justified; some artists flaunt their lack of regard for what their fans think of them, for instance. Anyone who has attended a Bob Dylan concert, for example, knows that he changes the rhythm of his delivery to frustrate audience members audacious enough to sing along.

Yet the artist still begs a reception, and can involve himself deeply in the social and political issues of the public world. Instead of alienating audiences, performers can attract and unite audiences in emotional empathy. In the wake of January’s catastrophic earthquake in Haiti, artists from the Harvard community seem to follow this last tradition. Poets and performers alike are banding together to raise money and awareness by inspiring audiences to understand the scale of the Haitian tragedy, and to empathize with the people affected by it.

On February 23, for example, the Harvard Union of Clerical and Technical Workers (HUCTW) will co-host an event called “Poets for Haiti” in association with Lamont Library’s Woodberry Poetry Room. The event, which will feature former U.S. Poet Laureate Robert Pinsky among others, will take place at Longfellow Hall at 7:30 PM. “Poets for Haiti” is just one in a string of events around campus raising funds for the Haitian earthquake victims.

Last Friday evening, too, artists as diverse as the Kuumba Singers of Harvard College, the Harvard Caribbean Dance Team, and the Harvard Glee Club gathered in Sanders Theatre for the “Harvard for Haiti” benefit concert. The event, whose proceeds were given to Partners in Health (PIH), also featured a slate of speakers including PIH Executive Director Ophelia Dahl. Last Saturday, the Harvard-Radcliffe Dramatic Club also made their contribution to the fund-raising effort by collecting donations at a benefit performance held in the Loeb Experimental Theater.

Outside of these benefit performances, other Harvard artists are donating ticket sales to assist the victims of the Haiti earthquake. Two of the a capella groups on campus, the Harvard LowKeys and the Harvard-Radcliffe Veritones, donated 15% of their earnings from last Saturday’s “Frankly My Dear, I Don’t Give a Jam” concert to PIH. From the 6th to the 11th of February, the Hasty Pudding Theatricals also decided to contribute 25% of their proceeds from group discount tickets to Harvard for Haiti. However, Producer Stephen L. Rola ’11 is disappointed by the lack of participation. “Unfortunately for the first three shows, people haven’t really taken advantage,” he said.

Certainly, these performances have other goals besides raking in cash; providing an entertaining program for the audience is an obvious example. While performers alone may not define success in commercial terms, the main measure of a benefit concert is the dollar amount on the check they send to charity. Thus, a great deal of the energy expended in organizing such concerts is devoted to maximizing profit.

In order to maximize profit, coordinators must minimize costs. Unless the organizers of a benefit can find subsidy money for an event, production costs will subtract from the proceeds they send to charity. Particularly with a large-scale event like “Harvard for Haiti,” these costs are quite significant. Fortunately, the costs of the concert were covered by the University in conjunction with the Office for the Arts. In addition, the performers at the benefit concert worked pro bono. Of course, this is to be expected—every dollar that goes to a performer is a dollar that does not go to charity. However, the effort involved in performing at the benefit is substantial; groups with upwards of eighty members gathered on short notice to learn new music.

Equally as important to maximizing net income is, of course, maximizing the proceeds. One way to do this is through advertising. For instance, in the run-up to the “Harvard for Haiti Benefit Concert,” publicity utilized digital avenues like Facebook, the “Harvard for Haiti” website, and email lists. Information about the benefit was also reported in the Harvard Gazette and on bulletin boards all over campus.

Poets for Haiti’s publicity strategy mirrors that of the Harvard for Haiti benefit. Internet marketing can effectively target specific groups and, according to Jim Henle, a poet and co-organizer of the event, much of the Poets for Haiti publicity is transmitted via email sent over various lists in the poetry community. Henle added that, like the Harvard for Haiti Benefit Concert, information was also distributed through local newspapers and flyers.

Other groups are content to rely primarily on good old-fashioned word of mouth. HRDC Publicity Coordinator Isabel Q. Carey ’12 said, “I want the performers to come from as diverse a population in the arts community as possible, so that they will draw as many diverse friend groups as possible within the arts community.” Thus the construction of the program can be a form of publicity itself.

However, making people aware of an event isn’t enough. There is also the matter of getting the audience to lighten its collective wallet for a good cause.

The HRDC benefit did not charge at the door of the Loeb Ex; the association wanted to continue the venue’s tradition of free admission. The benefit, therefore, depended entirely on the good will of its audience members. The suggested donation was five dollars. Likewise, admission to the Poets for Haiti event is free with a requested donation of ten dollars.

For the “Harvard for Haiti Benefit Concert,” audience members did have to pay to get in. However, that wasn’t the only source of income for the event. B.A. Sillah ’12, a member of the Harvard Glee Club and executive producer of last Friday’s benefit, said, “There’s a set ticket price. We’re also selling t-shirts that [the Harvard] COOP and the President’s Office donated, and on top of that, we are just asking people to donate.” The benefit concert was also broadcast online at the Harvard for Haiti website, allowing those who missed the concert a chance to share in the experience and donate as they wished.