The Harvard men’s soccer team (5-4-2, 0-1-1) met Columbia at home this past Saturday while on the hunt for their first Ivy League win. Although the Crimson led for most of the hard-fought contest, the Lions were able to net one in the second half, ending the game tied 1-1.

The Harvard men’s soccer team (5-4-1, 0-1) dropped a close contest to the Cornell Big Red in its Ivy League opener, but bounced back quickly a few days later by shutting out its crosstown rival, the Boston University Terriers. Although the loss was undeniably a disappointing start to its Ivy League campaign, the Crimson was undeterred and performed well against the Terriers.

The 2021 season for the Crimson (8-5-3) was one of best in recent history, and they show no sign of letting up in 2022. Two victories to begin the season over Central Connecticut State University and Bryant University foretell good things to come, with Harvard showing its ability to work under pressure early with a last-second go-ahead goal against the Bulldogs to win the game.

The Call that Changed a Season: Football v. Princeton, Heartbreak of the Year

Harvard appeared to have won the Oct. 23, 2021 matchup against Princeton, but a delayed timeout call by the referees negated what would've been a game-winning conversion to junior wide receiver Kym Wimberly. The Tigers went on to win the contest, 18-16, in five overtimes, and edged the Crimson out by a game for the Ivy League title.

Harvard skiing hit the slopes for a final time this season, putting up a strong performance at the recent 2022 NCAA Skiing Championships in Utah from March 9-12.

Sophomore standout Rémi Drolet is representing Harvard well at the Beijing Olympics. The Nordic skier has competed in three events for his native Canada, finishing 33rd in the men’s 15km classic, 57th in the men’s skiathlon, and helping Canada to an 11th place finish in the men’s 4x10km relay.

The Harvard ski team built on a strong start to the season with a seventh-place finish at the Saint Michael’s Carnival on January 21st and 22nd. Career-best performances were a dime a dozen for the Crimson, with junior Annabel Hagen, junior Emma Ryan, sophomore Liam McNamara, sophomore Elsie Halvorsen, and first-year Mads Groeholdt all having record days.

Strong Second Half Sends No. 12 Field Hockey Past Yale

This past weekend, Harvard (5-7, 2-1 Ivy League) traveled to Penn (4-8, 1-2 Ivy League) and Princeton (9-2, 3-0 Ivy League) for a pair of conference matchups, delivering a win against the Quakers on Friday and dropping a close contest to the Tigers on Saturday. 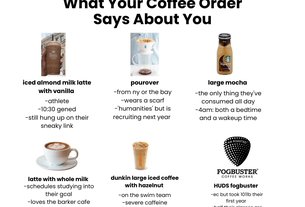