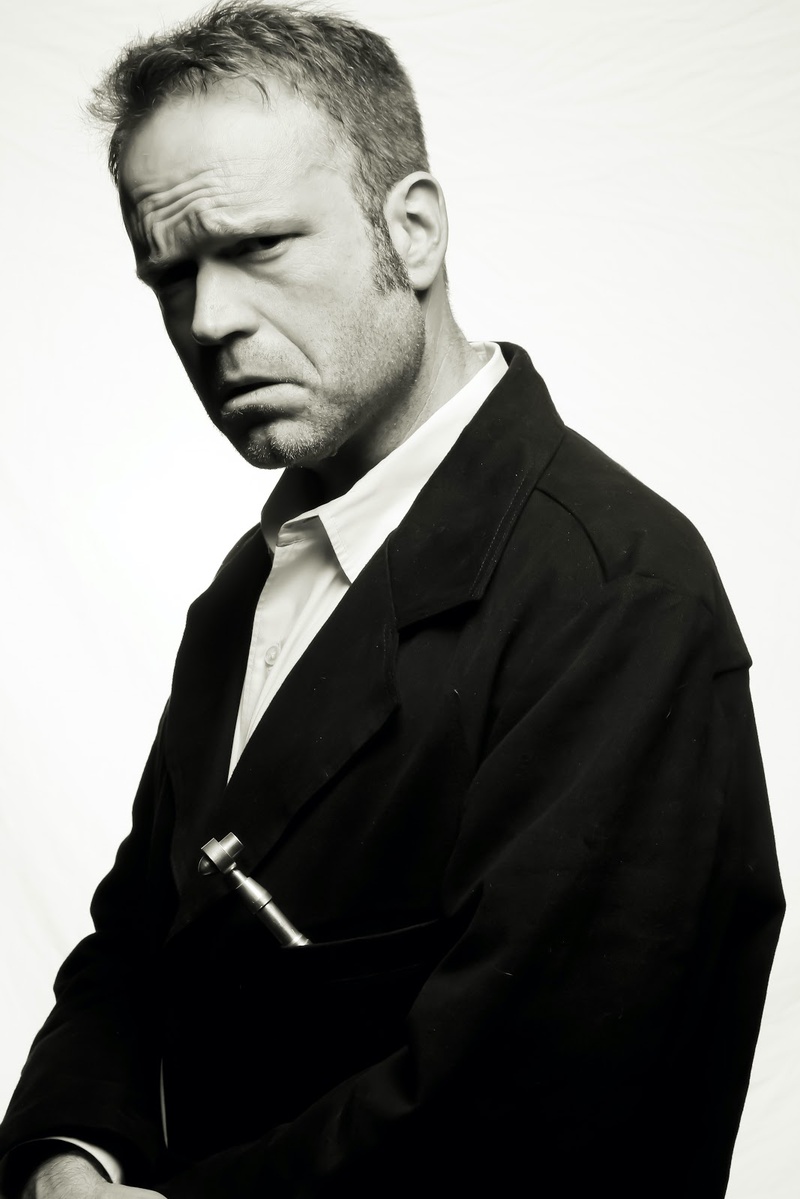 Following a passion for the funny, the strange, and everything between, Eric P. Trueheart ‘91 has led an extensive career in the entertainment industry. Among his many projects over the past several decades — which range from comic books to comedy sketches — is the Nickelodeon hit “Invader Zim”: an animated television show that amassed a large following for its special brand of dark humor. The Harvard Crimson sat down with Eric to discuss his talents across mediums, the genre of science fiction, and what a life in entertainment looks like.

The Harvard Crimson: I understand that writing for “Invader Zim” was your first brush with the entertainment industry, but you’ve since worked on a variety of projects — from more television to film to live comedy to podcasts. How has your initial experience with “Invader Zim” influenced the rest of your career?

Eric P. Trueheart: Working on “Zim” first set the bar pretty high, because it was an unusual show — I mean, really kind of a once-in-a-generation show that comes along, and so everything I did after that was a little bit more mainstream in terms of working for the big networks and things like that. But in terms of what I’ve done on the side — the sketch comedy, the stuff like that — it just sort of fit in with my philosophy.

THC: Have you found that one medium, between the screen and your written work, has been particularly enjoyable?

THC: As a writer, what’s it like working with networks and balancing your show’s unique voice with the expectations of TV executives?

EPT: It’s tough. There’s a martial arts to it. There’s sort of like an “executive-fu” that you have to learn, and I have to say — being my first job, “Invader Zim” — I didn’t know it. The show creator, Jhonen Vasquez, didn’t know it. He came from a background of comic books, where it was him and a drawing table and that was the only exchange. You know what they want can’t change, but you also know that there are ways of telling them what you want… But they’re under pressure too, so there’s sometimes mind games involved.

THC: It seems like a lot of your work is partial to science fiction — from writing about alien invasion to scripting massive robot battles. Are you a fan of the genre? What are your biggest inspirations?

EPT: Absolutely I’m a fan of the genre, and I grew up in a time before video on demand. I grew up in a time when if you wanted to watch “Star Trek,” you had to be in front of the TV at seven P.M. on Saturday night or you didn’t see it, and that sort of sense of scarcity — I think that’s how cult TV was born… And because everything was so rare back then, when something weird made it across the finish line into the movie theaters, you were like, “Oh my god, this is awesome that this even happened.”

EPT: So I think people respond to the imagination, but I think they also respond to a certain level of cynicism and a certain level of darkness. In Nickelodeon, at the time, where they were just relentlessly happy and obviously trying to tell people how great it was to be a kid, I think we were a nice little ray of darkness that reassured children: “You’re not going to be happy all the time. That’s okay. That’s reality, so you can laugh at that too. It doesn’t have to be all Chuckie and the Pickles.”

THC: What are your biggest takeaways from working on such a variety of projects, and from working in the industry for such a long time?

EPT: Philosophically there’s a couple of things. One is that I realized at a certain point — and actually this probably started on “Zim” — that part of doing my job was inspiring everybody else down the line to want to do their best work… On “Zim,” our storyboard artists had a brutal schedule because we threw such complicated things at them. I tried to be more strategic about throwing complicated things at them, knowing that if I wrote a parade sequence it would be a nightmare for the storyboard artists, but I knew the people who were going to be drawing it and when I was writing it, I would be like, “Oh, you know, Chris is going to love this.” If I write a chase scene and write it as two paragraphs on a script, it’s going to go to a storyboard artist who’s going to spend a few days making it happen on paper. And if I’ve inspired them with funny stuff, they’re going to add funny stuff of their own, and they’re going to love doing it and if they love doing it and they have the freedom to flex their creative muscles, they are going to give their best work. You hope that their enthusiasm and happiness comes through on the screen.

THC: I would be remiss if I didn’t touch upon current events. How has the pandemic influenced your recent work and the motions of the entertainment industry?

EPT: Something I never thought I would do — I’m doing a Dungeons and Dragons podcast with Rikki Simons, who is a voice actor and he was the voice of Gir on “Invader Zim,” and he’s been a friend of mine ever since the show… I think the seclusion has driven us all to new mediums.