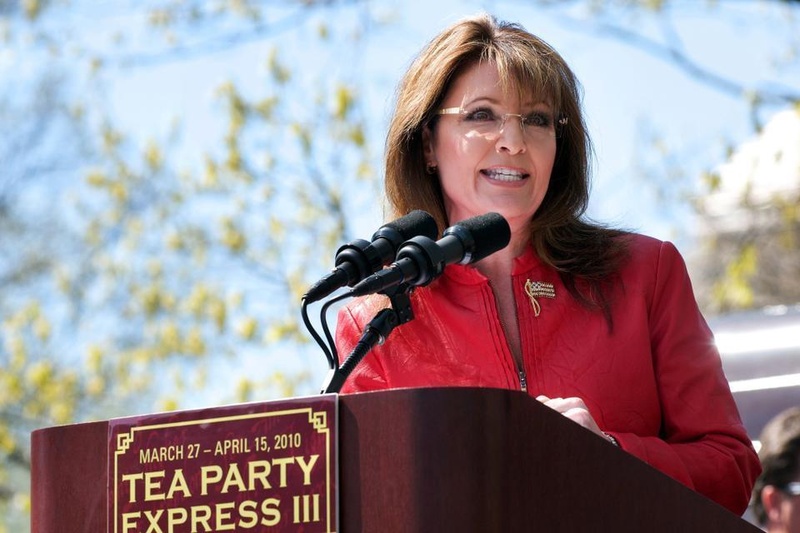 Sarah Palin's appearance at the Tea Party rally in Boston Commons on April 15, 2010, was the highlight of the event. In her speech, she recalled the original Tea Party and other revolutionary events.

When the former governor of Alaska did arrive at the so-called “Tea Party” rally—one of a series of anti-Obama administration protests in the last year which takes its name from the Boston Tea Party—she delivered her anti-big government message behind a sea of cameras and reporters.

“Where are you, Sarah?” shouted a group of admiring fans from among the thousands that convened on the Common. “Sarah, we want to see you!”

Palin gave a speech which encouraged the people to criticize—and eventually vote against—the current administration of “change we can believe in.”

“We’ll keep clinging to our constitution and our guns and our religion,” Palin said. “And you can keep your change.” 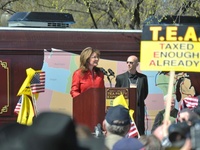 Palin emphasized what she characterized as the unfair taxation burden the average American family currently faces due to government spending.

She said that the debt could have detrimental consequences for future generations and accused the administration of President Barack Obama for “stealing opportunity in this land of opportunity,” as well as stating that the deficit makes the U.S. more dependent on other nations.

Palin’s reference to taxation was particularly timely given that today is what Palin called “the day that the taxman cometh”—the day when all Americans file their taxes.

In addition to addressing fiscal concerns, the main focus of the Tea Party, Palin riled up the crowd with a cry for off-shore drilling.

“Let’s drill, baby, drill!” she said. “God knows we have the resources. He created them for our use right here in America.”

Throughout the rally, both cheers and boos could be heard.

“I think she’s a good motivator,” said Newton resident Jack Levis, who added that he resented Obama for “spending away our future.”

Boston resident Dan Brackett, who also praised Palin for her speech, added that he was pleased with the rally overall.

“It’s great to see that the party’s starting to catch on,” he said. “I came here to support the party, to fight against taxation without representation.”