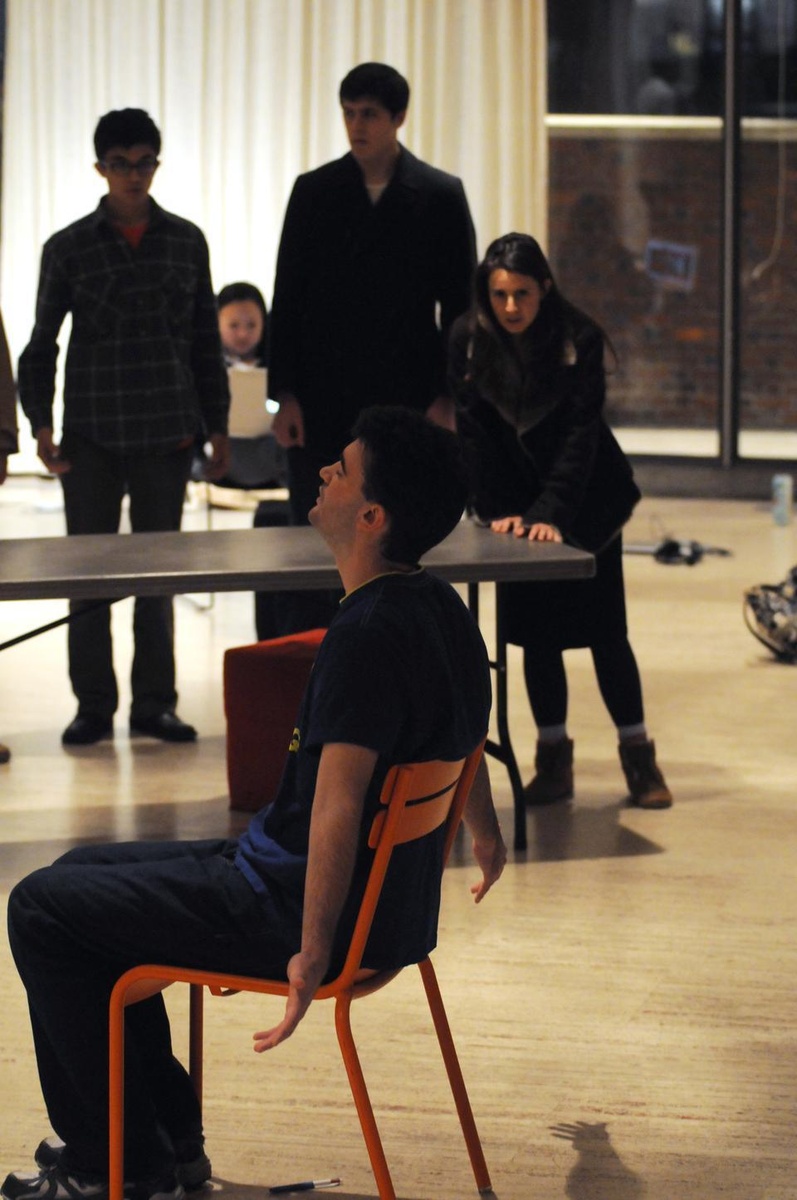 Irma (Maria-Ilinca Radulian ’11) argues with the Chief of Police (Daniel J. Giles ’13) during a rehearsal for The Balcony.

8 p.m. in the Loeb Mainstage

In Jean Genet’s “The Balcony,” sex is theater and power is a performance. Set in a brothel, the play focuses on three men whose power fetishes lead them to assume the roles of a Bishop, a Judge, and a General. Outside the lavish brothel, a brutal revolution rages in the streets. On the night on which the play is set, the revolution takes a terrible turn, and those inside the brothel must take action or die. The Bishop, Judge, and General, acting out the power positions they have assumed, stop the revolution by appealing to the people.

“The Balcony examines how power in society is essentially a theatrical thing. It isn’t something that is inherent to anyone… It’s something that you perform,” director Matthew C. Stone ’11, a Crimson arts writer, says.

According to Stone, this production of “The Balcony” has strayed away from the heavy-handed theatricality of the original script.  “We’ve tried to find a lot of ways to ground the show,” he says.

“We really wanted to try to emphasize the universality [of the play’s subject matter] and emphasize the human aspects of these characters and make them much more approachable to the audience,” co-executive producer Bryce J. Gilfillian ’12 adds.

Maria-Ilinca Radulian ’11, who plays Irma, the brothel’s mistress, lived through the 1989 revolution in Romania. Over the course of the play, Irma’s tough exterior is cracked and her inner vulnerability exposed.

“I understand how an individual destiny can be swept up in this larger thing and you’re at the will of forces that are beyond yourself,” Radulian says. “It doesn’t matter how tough you are.”

Death and the King's Horseman