'Luka and the Fire of Life' by Salman Rushdie (Random House) 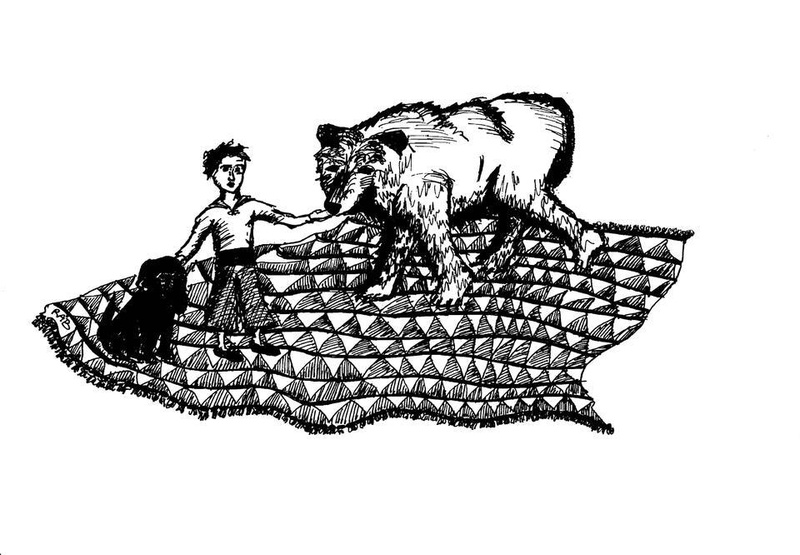 'Luka and the Fire of Life' by Salman Rushdie is available in bookstores now.

Richard Avedon, one of the greatest American photographers of the last century, once took an unforgettable portrait of Salman Rushdie. The author sat for Avedon in London on September 26, 1994, five short years after Ayatollah Ruhollah Khomeini of Iran placed a fatwa on the author for his portrayal of Muhammad in “The Satanic Verses.” The subject sits centered in his frame, flush with the camera, staring directly into the lens. Under two thickly arched eyebrows his ever-drooping eyelids frame a gaze at once incredulous, subversive, and strangely hypnotic.

The portrait is hard to reconcile with the exuberant wit and wordplay exemplified by so much of Rushdie’s work. The author is, first and foremost, a playful yet captivating storyteller; his ever-imaginative magical realism has often led critics to trumpet his tales as diversions for all generations. Yet dark threads weave consistently through his writing, and his best novels—most notably the Booker Prize-winning “Midnight’s Children”—contain indirect yet sharp political and religious critiques.

“Luka and the Fire of Life,” Rushdie’s latest, is no exception. A late sequel to Rushdie’s 1990 “Haroun and the Sea of Stories,” the story follows the adventures of Haroun’s younger brother, Luka, on a magical quest to save his ailing father’s life. “Luka” is a treasure chest of glittering imagery and priceless puns; it is a sophisticated synthesis of mythology, elegantly transformed into a meditation on the power of the story. Yet the plot suffers from a number of seemingly arbitrary twists, and Rushdie’s employment of magical realism is less thoughtful than in his previous work.

In his everyday life, Luka’s hungry imagination—apparently inherited from his father Rashid, the great storyteller ridiculed as the “Shah of Blah” in “Haroun”—is fed by virtual reality. In cyber-communities he adopts inventive new identities, including an “Intergalactic Penguin named after a member of the Beatles,” and his addiction to a certain “MUU” console has his mother “‘in-console-able.’” When his father falls into a threateningly deep slumber, then, it comes as no surprise that Luka’s quest to steal the Fire of Life is couched as a video game complete with nine levels and 999 lives. He is guided along the River of Time of his own father’s stories by an anti-being representing Rashid, a “Nobodaddy” who gains solidity as the Shah of Blah’s life fades.

The conceit of the video game is timely, to be sure, and it allows Rushdie some comic license in constructing ridiculous character tests for Luka. At one point Luka manages to defeat a great army of angry rats with torrents of tortuous itching powder. At another, the protagonist finds himself pitted against Old Man River himself in a vicious riddling competition, a battle graced with some of Rushdie’s most groan-worthy puns. “What do you call a fish without an eye?” the Old Man rallies. “A fsh,” Luka retorts quickly.

At other times, the level-based framework of Luka’s video game quest becomes an excuse for the awkward disjunctions between absurd and unrelated plot twists. Luka finds himself facing troops of vultures and dragons at one moment, and watching gods of beauty mud-wrestle at the next. When confronted with insuperable obstacles—say, three “immense and impassable” rings of fire surrounding Luka’s quarry—at least one magical being in his party reveals a previously unknown talent or nugget of convenient wisdom to master the challenge. Caught in his own logical traps, Rushdie often takes refuge in the concepts of “P2C2Es” and “M2C2Ds” he created for “Haroun and the Sea of Stories”—respectively referring to Processes Too Complicated To Explain and Machines Too Complicated To Describe. They are moments of cheeky honesty, endearing concessions to the reader’s intelligence, but concessions nonetheless.

Given that this is a work of magical realism, Rushdie can be absolved of certain duties of credibility. However, the iterated anticlimaxes of Luka’s video-game challenges weaken the very excitement he hopes to create in his otherworldly visions. At its best, as in “Midnight’s Children,” Rushdie’s magical realism can transform a chaotic world with a touch of poetic teleology; in “Luka,” however, the author complacently indulges in a rather dissatisfying supernatural chaos.

This is not to say, though, that “Luka” lacks allegorical significance. On the contrary, Luka encounters a dystopian society run by easily offended rats who demand an unsupportable degree of tact and respect from all those who enter. The “Respectorate of I”—ostensibly a stand-in for Iran—is a colorless prison of a nation. Even these direct and dark allegories, however, are treated with a certain degree of levity and playfulness. Rushdie has little time to linger on his own personal battlefields when he creates for himself the task of uniting the myths of ages into one magical world—a world that features Norse gods fighting Roman deities, and Doc Brown of “Back to the Future” fame gallivanting through the River of Time alongside Mark Twain’s time-traveling Connecticut Yankee.