The Harvard Management Company delivered a 1.8 percent loss on its investments in fiscal year 2022. 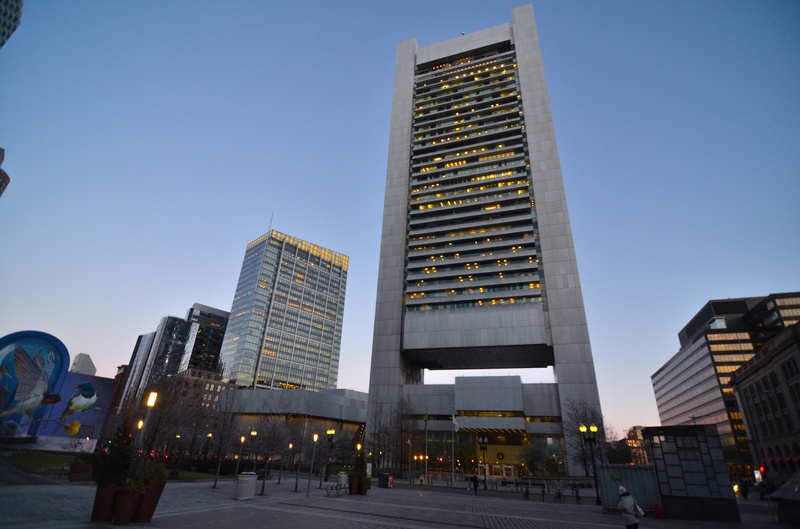 The Harvard Management Company, which manages Harvard's endowment, is located in the Federal Reserve Bank Building in Boston.

The value of Harvard University’s endowment fell by $2.3 billion in fiscal year 2022 after the Harvard Management Company delivered a 1.8 percent loss on its investments — its first year of negative returns since 2016.

The losses, which brought the endowment’s total value to $50.9 billion, represent the third-worst annual investment results Harvard has seen in the last 20 years, coming in stark contrast to the record-breaking 33.6 percent returns the University enjoyed last year.

The figures were released by Harvard on Thursday in the University’s Annual Financial Report, which offers a rare glimpse into Harvard’s finances and investment strategy each October.

Harvard’s negative returns come as high inflation and rising interest rates continue to rattle financial markets. In a note announcing the results, HMC CEO N.P. “Narv” Narvekar wrote that the primary reason behind the endowment losses was “the poor performance of global equity markets.” The S&P 500 fell by 11 percent during fiscal year 2022, which ended in June.

Despite the losses, Harvard officials say they are satisfied with HMC’s performance. In a note included in the report, University treasurer Paul J. Finnegan and Harvard Vice President for Finance Thomas J. Hollister wrote that the returns were a “very good result given the significant declines in both the equity and bond markets in the past year.”

The endowment distributed $2.1 billion toward Harvard’s operational budget in fiscal year 2022, representing 36 percent of the University’s annual revenue, according to the financial report. Harvard ended the fiscal year with a $406 million budget surplus.

In his note included in the report, Narvekar announced that the Harvard Corporation — the University’s highest governing board — approved a proposal that will “moderately increase” the risk level of HMC’s portfolio “over a multi-year period.” HMC formed a risk tolerance group in 2018 to assess how the endowment could take on more risk in its investments while balancing the University’s need for budgetary stability.

“This increase will eventually make our risk level more consistent with that of various peers, although it will still be lower than some,” Narvekar wrote.

Last year, despite record-breaking totals, Harvard’s endowment performance trailed that of many of its peers, which Narvekar attributed to the “opportunity cost of taking lower risk” than some other institutions.

HMC has drastically scaled back its investments in nonrenewable energy sources in recent years, which Narvekar said contributed slightly to its overall losses in fiscal year 2022. Harvard announced it would allow its remaining investments in the fossil fuel industry to expire and it has committed to achieving net-zero greenhouse gas emissions in its portfolio by 2050.

“A number of institutional investors leaned into the conventional energy sector, through either equities or commodity futures, adding materially to their total return,” Narvekar wrote. “HMC did not participate in these returns given the University’s commitment to tackling the impacts of climate change, supporting sustainable solutions, and achieving our stated net zero goals.”

In a departure from past practice, HMC did not release a breakdown of the endowment’s performance by asset class in the report. The change comes following a restructuring at HMC that has shifted the vast majority of the endowment’s assets to external managers, which “made simplified allocation reporting increasingly arbitrary,” according to HMC spokesperson Patrick S. McKiernan.

HMC had previously maintained an in-house investment team while also hiring external managers to oversee portions of the endowment, an approach Narvekar phased out upon his arrival in 2016.

In his note, Narvekar also cautioned that the newly released figures may not reflect the actual current market value of some of the endowment’s assets. HMC’s venture capital investments returned “high single digits” despite the “deeply negative performance of relevant public equity indices,” Narvekar wrote.

“The more private assets an investor had in its portfolio in FY22, the stronger their performance,” he wrote. “This is somewhat counterintuitive and may indicate that private managers have not yet marked their portfolios to reflect general market conditions. This phenomenon does make us cautious about forward-looking returns in private portfolios.”

In his closing remarks, Narvekar wrote that the contrast between HMC’s recent losses and its historic gains last year highlights the importance of focusing on long-term investment returns.

“We remain confident that the steps we have taken — and those still in process — to construct a portfolio that serves the University’s long-term interests will allow Harvard to maintain and increase its critical support of students, faculty, and research for generations to come,” Narvekar wrote.