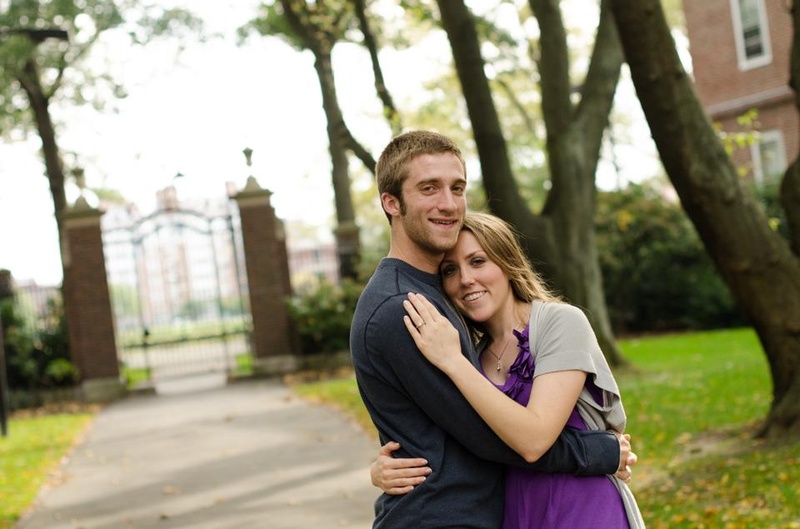 Where you met: We were both counselors at a church camp.

When you got engaged: July 25, 2012, in my hometown, down by the river. It was our three-year anniversary, and we went to our favorite restaurant and then to Bible study after that. Later, we went down by the river.... He had given me 11 roses earlier in the day, and at that point he gave me the twelfth rose.

Three words to describe yourselves as a couple: Enduring, laughter, faith

What your friends would say about you: We have fun together. We complement each other very well. We’re also pretty persevering, given the circumstances.

Something you’ve always wanted to tell people: If you can’t see yourself staying with someone long-term, then don’t put yourself in a situation that you end up hurt. If you can, then you should, because it’s like a great thing to find someone who you can share life with and be happy together with.

An anecdote that captures your relationship: We met at church camp. I noticed him right away. We then went to dinner in the same car. We had a lot in common. Later that week, after knowing me for three days, he told me I would make a great wife and mother someday. It wasn’t the creepy; it was... a really nice compliment. Later on in the relationship, he told me he could see himself marrying me. He’s really upfront about everything he thinks and wants.

In 15 minutes you are: Planning wedding stuff

In 15 years you are: You know, taking care of a few kids, three or 12. Maybe doing mission work.