Where We Stand: The Class of 2013 Senior Survey 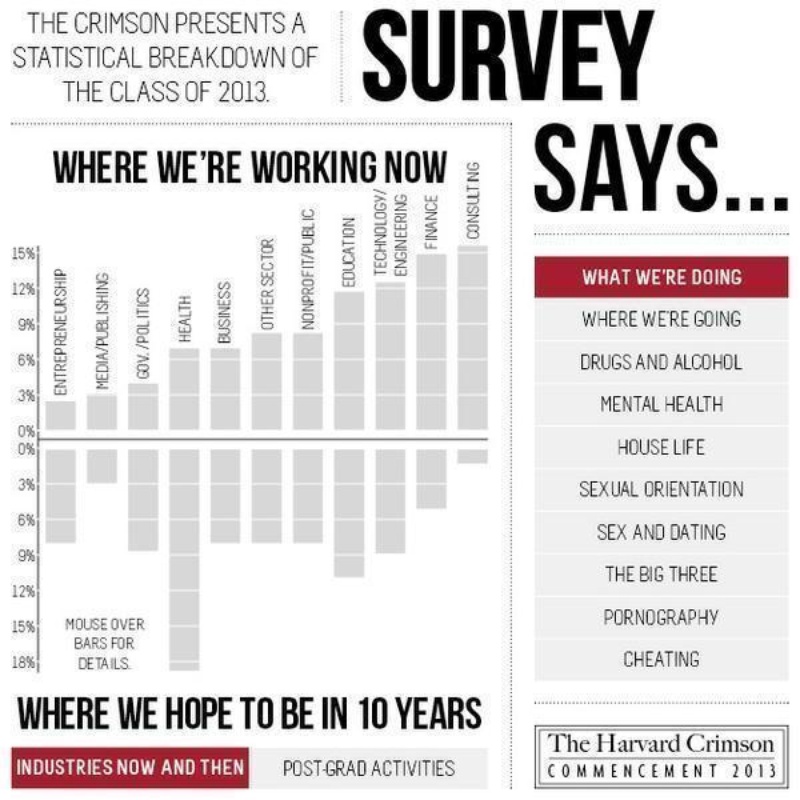 In a year marked by a major cheating scandal at Harvard, more than 30 percent of graduating seniors admit they have cheated on a homework assignment during their four years as undergraduates.

Fewer say they have cheated on an exam or on a paper or take-home assignment—about 7 percent for each type of assessment.

But when asked how many of their classmates had cheated, students’ estimates were much higher. They guessed, on average, that 53 percent had cheated on homework, 32 percent on papers, and 18 percent on exams.

Whether the rate of cheating stands at 30 percent or 50 percent, students on the whole were not optimistic that an honor code—which the Committee on Academic Integrity proposed in March—would make Harvard students any more honest. Just 25 percent said they felt an honor code would reduce cheating.

The numbers come from a survey of the Class of 2013 conducted by The Crimson from May 11 to May 21. Nearly half of the senior class—780 respondents—answered questions on topics ranging from drug use to House satisfaction to post-graduation plans. We assume the sample is a random selection and therefore discount any selection bias. 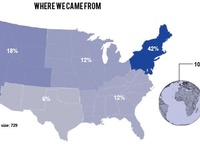 Where We Stand: The Class of 2013 Senior Survey

DO YOU KNOW WHERE YOU’RE GOING TO?

The results paint a picture of the class that graduates this week.

• 42 percent came to Harvard from the Northeast. 55 percent will stay in the region after graduation.

• Though 10 percent of students are international residents, 17 percent will be living in foreign countries next year.

• 61 percent of graduates will be employed next year. 18 percent will enter graduate school right away. The rest will pursue fellowships or travel or are among the 10 percent who have not yet determined their post-graduation plans.

• Of those who will be working, the most popular industry is consulting, drawing 16 percent of employed seniors.

• Another 15 percent will be working in finance, nearly doubling the 9 percent who entered the sector last year but still paling in comparison to 2007, when before the financial crisis, 47 percent of graduating seniors went into finance.