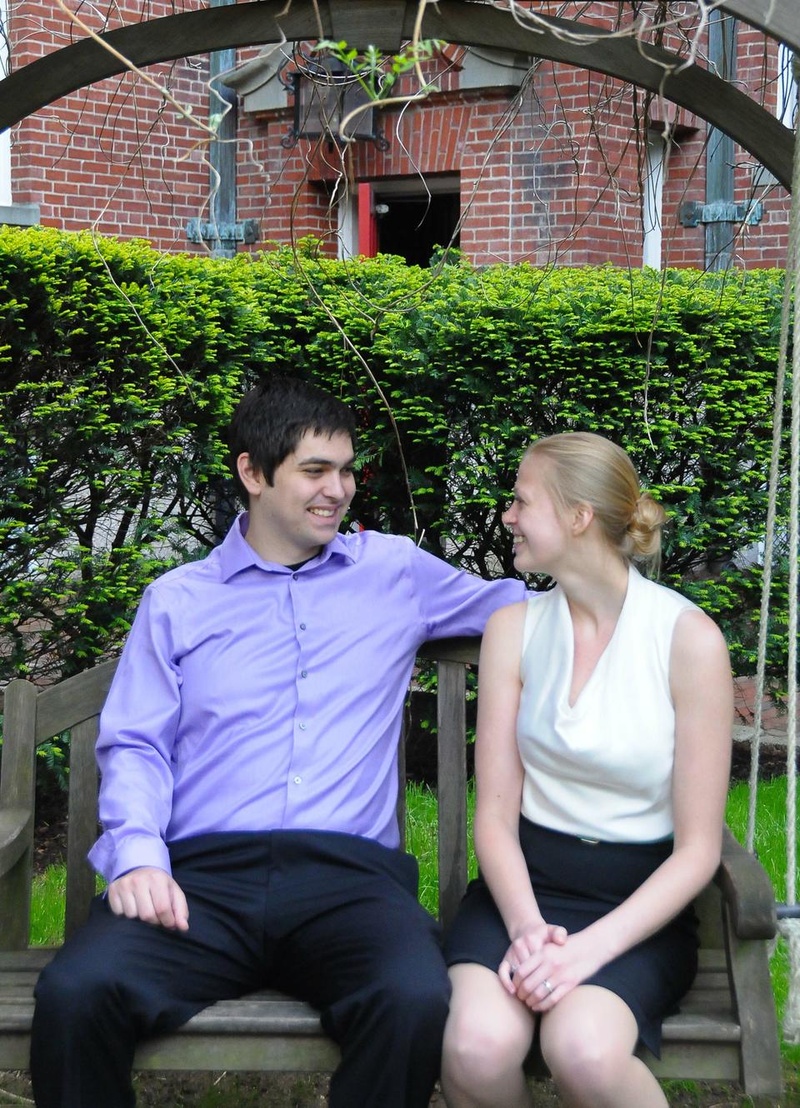 Dating since: August 2009, right before we left for college

Where you met: It was a small town, and we worked together at a resort. He was technically my boss.

Where and when you got married: June 23, 2012, in Petoskey, Michigan, on a bluff overlooking Lake Michigan

Most memorable date: ARM: The very first time we went on a date. There’s this old creepy abandoned insane asylum. That’s where all the kids go ghost hunting. Sometimes you ask the security guard, and he’ll let you in and give you tour.

What your friends would say about you: We’re kind of the go-to people when other people are in need of relationship advice because it worked out for us. People here like having an apartment to go to. We’re kind of the parents to Anna’s friends out here. We bring them home-cooked meals when they forget to eat.

Something you’ve always wanted to tell people: ARM: Long-distance relationships are tough, but they can be worth it. They can work out. Initially, we weren’t going to date because I was going to college, but it ended up working out.

In 15 minutes you are: SWM: We’re actually going to spend time together. We’re going to watch a movie together for the first time in a long time. ARM: We might have to clean the apartment first.

In 15 years you are: We’re going to move back to Michigan. He wants to be both a pastor and a clinical psychologist for ministers. I want to go into family medicine somewhere in a small town.