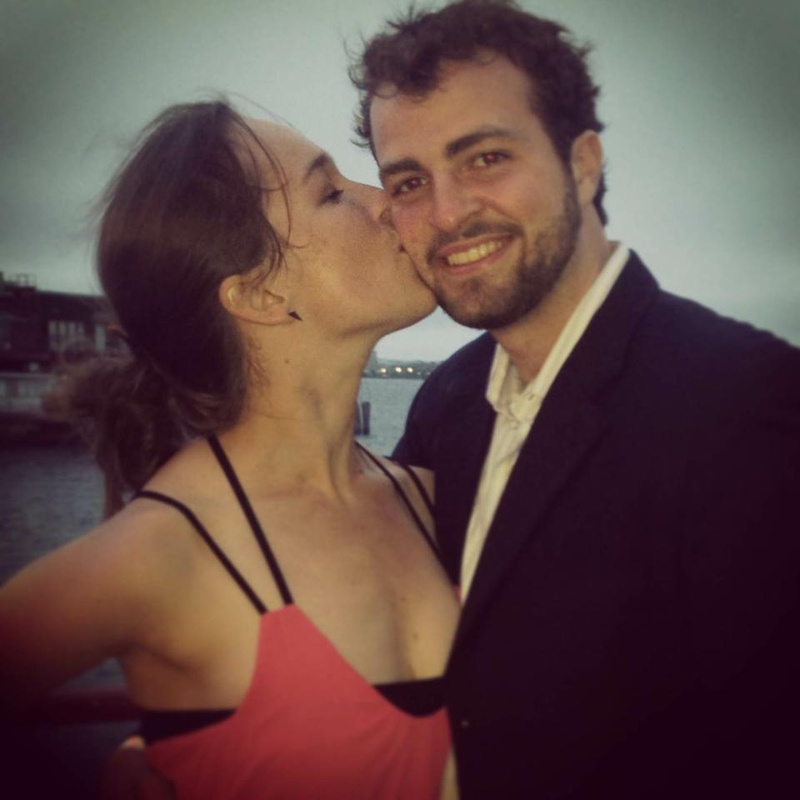 Where you met: Annenberg. It was 2:15 lunch, during the second week of school

Where and when you got engaged: New York City on Sept. 7, 2012, at 67th and Central Park West, on a bench at the edge of Central Park

Most memorable date: First date, at Russell House on March 8, 2011. Andrew’s fellow Math CA was the waiter and brought them free carrot cake.

Three words to describe yourselves as a couple: Intense, quirky, honest

What your friends would say about you: We told them so.

Something you’ve always wanted to tell people: Marrying early is not for everyone.

An anecdote that captures your relationship: Abigail convinced Andrew to run the marathon with her this year. They trained and ran together.

In 15 minutes you are: Reminiscing about how far we’ve come since freshman year

In 15 years you are: Missing Harvard