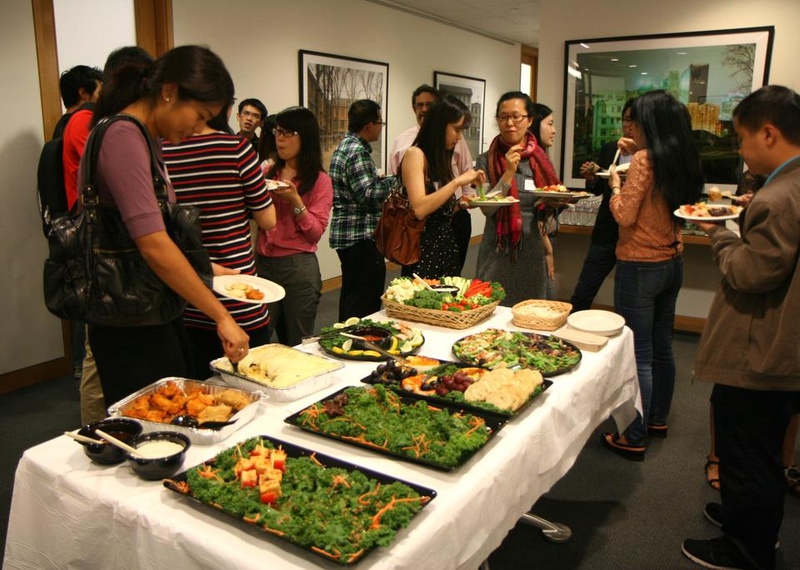 Students from Beijing University mingled with Harvard students and faculty during their 10-day visit to Harvard, which featured events focusing on social entrepreneurship and education

The Harvard China Fund hosted a group of 15 students from Peking University in Beijing on a 10-day trip which exposed them to the American education system and social entrepreneurship. The journey inspired some students to develop their own plans to reform Chinese education.

Associate Director of the Harvard China Fund Maggie Zong hoped that the trip would give the visitors the opportunity to compare the American education system with its Chinese counterpart.

“We all know that China is undergoing educational reform and it’s time to assess what is best for students to learn and for professors to teach,” Zong said. “China is more lecture and relying on memory. The Americans’ way is more encouraging creativity and encourage freedom of thinking.”

The number of students attending Chinese universities has quadrupled in the past ten years, according to Harvard China Fund Chairman William C. Kirby. “China’s education system is growing fast in quantity and quality and the American system is not,” he said. But Kirby said he still thought the Chinese students could learn from the American system.

For the students, that hope seemed to be realized.

“What amazed me a lot is that for U.S. education, there are so many ways of designing your own path,” said Peking University student Zie Gijia. “There’s this simple and uniform way of people’s way of thinking of success [in China].”

Zong said that initially Peking University wanted the trip to focus on lectures for the visitors, in line with Chinese educational methods. She suggested that they go on field trips too.

“I like the atmosphere in the classes. Students are very active. They like to share their opinions, whether they are for or against the professor,” student Rebekah Zhang said.

Classmate Gu Yixin opined, “I love the sense of humor in the classroom.”

For many students, the highlight of the trip was a visit to the Cambridge Innovation Center, an office space that hosts more than 450 start-up companies.

“I learned about how even the simplest ideas with actualization could make a big difference and change the world,” Yixin said.

She said the visit inspired her to begin designing plans for a program that would improve Chinese teenagers’ sense of self so that they can develop their dreams through workshops during summer or winter vacations. “In China, most of the students spend most of their time in school and they don’t have time to even ask themselves, ‘Who am I and what do I want to be?’” she said.

The Harvard China Fund enables cross-cultural inspiration to travel in both directions. It funds faculty research about China, runs summer programs for Harvard students in Asia, and maintains the Harvard Shanghai Center, the university’s physical presence in China.

“I think it would be a very valuable thing for Harvard students to go to a Chinese or European or an entirely different type of university and see the variety of different ways in which people learn and think in different national and cultural settings,” Kirby said. He said the original intent of the College’s United States in the World general education requirement was to help Harvard students view America as the rest of the world sees it.

Peking University selected the students, the majority of whom are undergraduates, out of several hundred applicants. They departed from Boston on Sunday. Zong said the Harvard China Fund hopes to repeat this program with Peking University in the future.

—Staff writer Elizabeth S. Auritt can be reached at eauritt@college.harvard.edu.