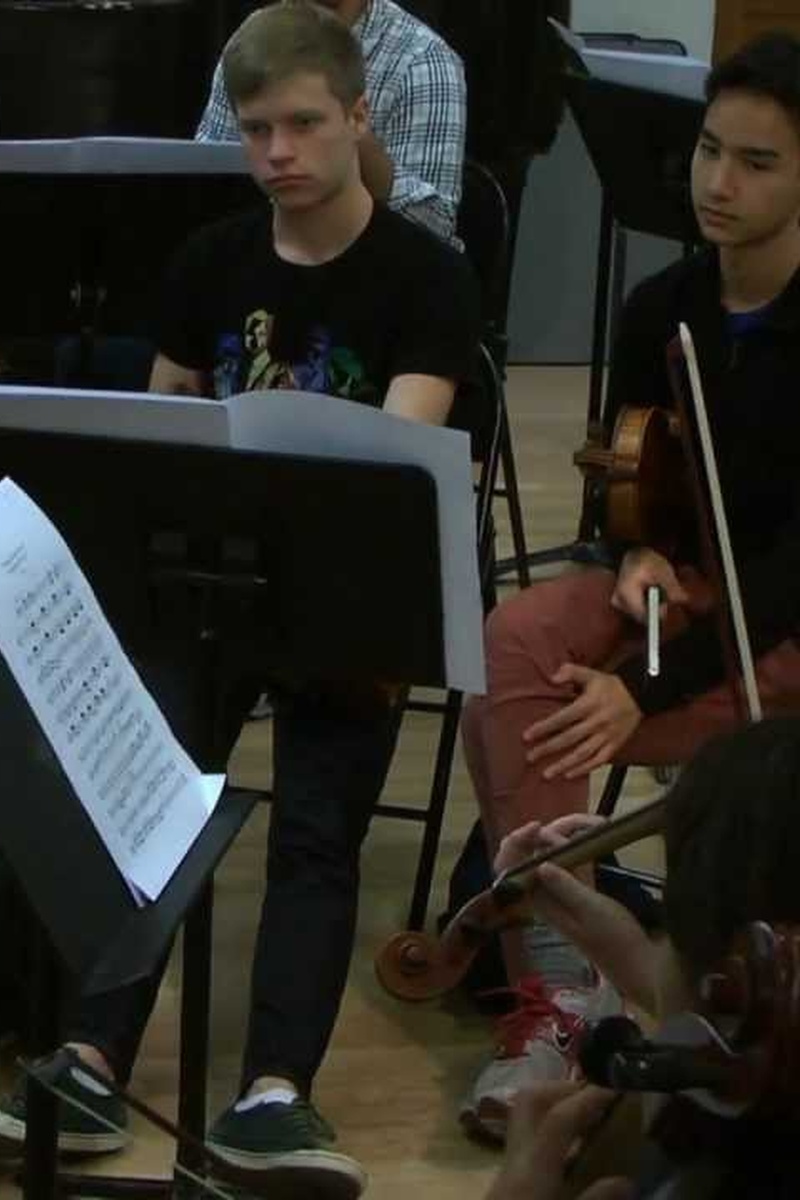 When the 35 Harvard students of the River Charles Ensemble convene for rehearsal in the Holden Chapel every Saturday, there are stands, sheets of music, instruments, and players, but one critical component is missing: a conductor.

The new student group, the largest campus orchestra without a conductor, has become an avenue for students interested in playing symphonic pieces in the more intimate chamber-orchestra setting.

After pulling in nine other students, most of whom were members of the Harvard-Radcliffe Orchestra, the group had difficulty finding an existing organization through which to perform. HRO was too large to have such a subset, and Music 187r, a class in which instrumental chamber music is prepared in private coaching, accommodated a maximum of around 5 players per group.

With no musical channel strictly for their 13-member size, the students decided to create something new and applied for funding through the Office for the Arts.

The formation of their name came about quite impulsively.

“Why don’t we just stick a name on it? Let’s call it the River Charles Ensemble because we’re playing American music and something that has to do with nature,” Peng said.

The morning of the group’s first recital—a performance of “Appalachian Spring” during April’s Arts First festival—the ensemble’s venue was switched from the smaller Adolphus Busch Hall to Sanders Theater.

After this debut, the founders spent the summer planning to develop a group modeled after the New York-based Orpheus Chamber Orchestra. In particular, the group was attracted to OCO’s ‘core’ method, in which the principal players, one from each instrumental part, get together in a small section to develop a basis of interpretation for the rest of the group.

At Monday’s RCE rehearsal, with no one to cue in the various entrances, the players breathed together, followed their respective core principal, looked at each other, and gestured by nodding at the downbeat.

“It’s essentially like chamber music in a full-size orchestra, so it stresses musicality and really listening to other people. It’s not so much about your individual performance but about how you can meld with the entire orchestra,” said oboist Gregory D. Schaefer ’16.

After a run-through of Mozart’s Symphony No. 41, the members descended into an eruption of ‘bums’ and ‘dums’—a vocalization of their parts to help them perfect the dynamics and phrasing of the piece. The flute and oboe worked on the timing of their duet, while the strings debated bow stroke direction.

“Our hope was to give musicians an outlet where they feel comfortable discussing music, arguing about music, sharing their interpretations very openly,” Peng said. “It’s a place where they can develop as a musician by talking about how the music should be played.”

The group’s first concert as an official student group will be Nov. 16 in Memorial Church.