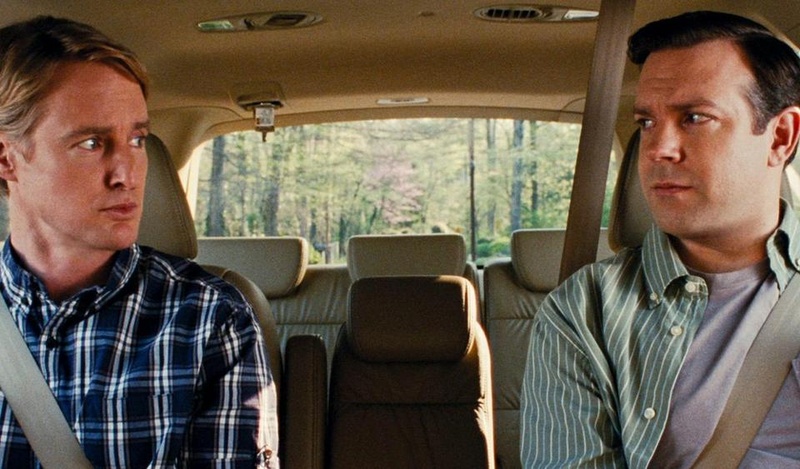 Explosive diarrhea, comparative penis shots, a man masturbating in a parked car in front of his suburban dream house, and an entire family of Asian-Americans getting killed by a gangly British guy for comedic effect during the credits are all actual scenes that embody the raw, vulgar, raunchy, and racist in Bobby and Peter Farrelly’s latest film “Hall Pass.” Underneath a steady stream of demented gags, however, the Farrelly brothers offer an unsettling and often painfully hilarious exploration of the complications of early middle-age existence in contemporary suburban, middle-class America, as well as a critique of the associated social life.

The premise is simple. Two housewives, Maggie (Jenna Fischer) and Grace (Christina Applegate), exasperated by their husbands’ “wandering eye[s]” and “obsession with sex,” take wisdom from the TV shrink Dr. Lucy (Joy Behar) and each offer their husbands a “hall pass:” “a week off from marriage to do whatever you want without consequences.”

The initial hesitation of husbands Rick (Owen Wilson) and Fred (Jason Sudeikis) quickly dissolves into adolescent glee. With their wives no longer in the picture, Rick and Fred thrill to visions of the younger chicks they’ll score over the next seven days. Of course, in the ensuing week, not much really happens, and instead of collecting conquests, the men find themselves weighed down with bloated stomachs and sad, wine-purpled lips. When they call it a night, it’s only 9:30 p.m.

Throughout this debauched adventure, the Farrelly brothers’ attention to detail evokes the New England suburban setting both admirably and disconcertingly. During the poker nights in Rick’s and Maggie’s impeccably generic dining room, the guys—in hats and playing with dollar bills—drink Newcastle beers and munch on Doritos; on the kitchen counter sit boxes of Cheez-Its for the kids. Rick wears pleated khakis and the resigned paunch of the uncool dad, while Fred sports an Enzyte Man hair part and cheesy grin that scream desperation. Likewise, starlets Fischer and Applegate both sparkle less under a layer of tiredness, aging, and social obligations. In this manner, “Hall Pass” is unexpectedly effective at conveying real-world aspects of middle America’s socio-cultural experience.

But lest one give “Hall Pass” too many points for perceptive maturity, the film’s portrayal of Asians leaves something to be desired. During a slapstick episode at a golf course, a passing group of Korean women golfers is casually referred to as “The Joy Luck Club.” Later, when Fred goes into a “Korean” massage parlor assuming that he can buy a hand-job, he accidentally kicks a small Asian toddler playing in the waiting room and demonstrates incredibly condescending behavior towards the receptionist. Fred does get his due—he is humiliated by the receptionist in front of the white, suburban patrons at the Korean dry-cleaners’ next door—but the film’s cultural stereotypes are nonetheless worrisome. Are the Farrelly brothers merely portraying and poking fun at racist attitudes towards Asians? Or are they exploiting the demographic for crass comedic and commercial gain?

For all its questionable content, though, “Hall Pass” is not without its moments of authenticity. At its most serious, the film illustrates the difficult transition into adulthood. Rick and Fred find themselves caught between the neurotic, self-absorbed, and self-entitled young adulthood embodied by madcap Brent (Derek Waters)—barista by day, club DJ and angry car vandalist by night—and the stiff and obnoxious suburban success of the preppy Long family down the block. Within this painful paradigm, their cringe-inducing exploits and pitiable personalities are more readily understood.

Thus, while “Hall Pass” undoubtedly contains reams of crude humor and vulgar jokes, these are employed as both a reflection and critique of current American culture. Put another way: the movie’s humor might be immature, but its usage isn’t. Indeed, by film’s end, as each character comes to recognize their own self-worth and the value of the life they have led, it seems almost as though the Farrelly brothers are themselves—alongside their characters—finally growing up.