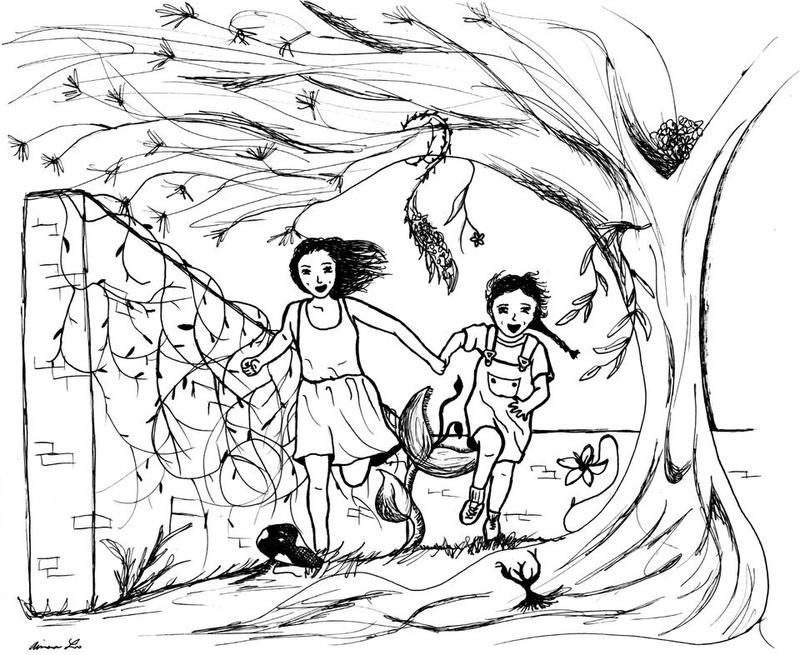 A blind, beaked insect surges through the soil upward in search of his grandfather. A young boy desperately searches for the secret to making cotton candy out of thin air. A dog, craving attention from his owner, suffers from his master’s psychological deterioration. Can Xue masterfully juxtaposes these situations in her complex and descriptive short story collection, “Vertical Motion.”

Can Xue is a self-proclaimed “soul writer.” Her work is a portal that “focuses on the human soul, not on the outside superficial world,” Xue said in an interview with the website ChinaCulture.org. Her tales are impressionistic and surreal, her language commanding and her plots rife with striking and bizarre images. In “Vertical Motion,” translated by Karen Gernant and Chen Zeping, Xue adds to her already impressive oeuvre, and in doing so once again demonstrates her ingenuity and her firm grasp of literary craft.

The stories are initially perplexing: they are infused with emotion, but filled with plot holes. The main focus of each story seems not to be the logical progression of a narrative arc, but rather the development of the setting and characters. Each story feels unfinished, building up to a resolution that never comes. While each tale fantastically delves into the psyches of its characters, and despite Xue’s trenchant descriptions, the stories become frustratingly confusing and conclude unsatisfactorily. In the end, Xue’s tableaux, though beautifully developed, never reach their full potential and leave us yearning for more.

The greatest strength in Xue’s writing lies in her ability to create truly captivating magical realist descriptions. In “An Affectionate Companion’s Jottings,” the narrator, a dog, describes his owner with his sharpened canine senses: “I can hear all his pores growling, and his eyes are flashing a fluorescent green.” Xue’s creativity with descriptive language is as innovative as that of the American writers Ray Bradbury and John Steinbeck; her experiments with synesthesia result in strikingly detailed backgrounds for her insubstantial plots. But her creativity does not end with her colorful language—another innovation is her inclusion of uncommon points of view. For example, the first story in her collection, the eponymous “Vertical Motion,” is told from the perspective of the aforementioned insect burrowing deep underground. “An Affectionate Companion’s Jottings” is told from a dog’s point of view. In “Moonlight Dance,” the narrator remains an ambiguous, almost omniscient being until Xue reveals that he is (or rather, might be) the same wormlike creature from the very first story. Xue’s experimental style means that there is no telling how she may begin her next story—it seems like anything goes.

But despite the sophisticated concepts of her stories, the language is simplistic, almost childlike. There is little variety in her lexicon; additionally, the redundant sentence structure quickly becomes tedious. Sentences are short, and pronouns are excessive. Readers might find themselves quickly skimming through a paragraph whose content merits close scrutiny simply because there is nothing compelling about the language to keep them reading. Though the translation may simply not capture the complexity of the stories in Mandarin, it is undeniable the language in this translation of Xue’s collection is merely adequate.

Additionally, rampant plot holes seem to permeate the book. The narrator often introduces bizarre twists in the middle of a story. In “Cotton Candy,” for example, a previously innocent and calm child “seized hold of [a small child]” and ordered her to “… shake out one [piece of cotton candy] … and give it to me!” This unforeseen act of violence is never explained, and remains incongruous with the behavior of a character who had previously seemed kind and generous. “The Brilliant Purple China Rose” features another awkward scene: after Mei gets lost in a city and finds her husband Jin after desperately searching for the way back, she neither embraces nor thanks her husband, but instead asks an entirely irrelevant question: “What kind of fish are these?” Moments like these jar and frustrate. While a few inconsistencies may have been marginally excusable, the entire book is riddled with these strange scenes.

Xue’s take on magical realism is irrefutably unique; her style is reminiscent of Gabriel García Márquez, but reimagines his plot-centered fantasies by focusing more exclusively on description. Unfortunately, her anthology “Vertical Motion” neglects the fiction writer’s imperative to offer a solid conclusion. Like a surrealist painting, “Vertical Motion” is nonsensical yet vibrant. While it is able to command attention in the beginning with its otherworldly descriptions, the lack of coherent plotlines and sophisticated language ultimately undermine its ability to captivate.

‘Adam’ a Shallow Retelling of Genesis Under Communism