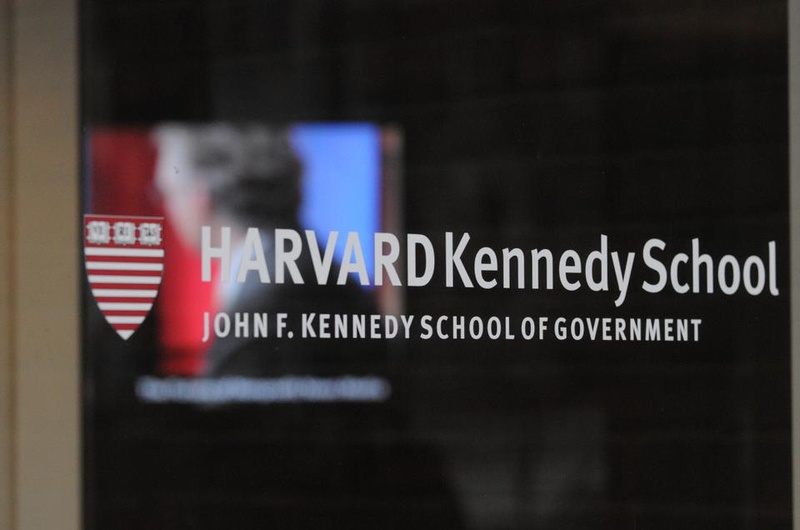 Harvard Kennedy School saw an increase in applicants during the past admissions cycle, and admission to the school became more competitive.

Admission into Harvard Kennedy School has grown slightly more competitive, with the acceptance rate falling from 21.5 percent to just under 20 percent this year.

Over the past two years, the number of applications to the Kennedy School’s Master in Public Policy Program has increased by 34 percent, according to Alexandra Martinez, the school’s director of admissions and enrollment management.

Martinez said that the Kennedy School’s evaluation of admissions statistics is based on the two-year MPP program—the school’s largest degree program that prepares students for futures in public service.

The number of applicants to the MPP program increased by 5 percent this year, boasting a total of 1,729 applicants. From this pool, 345 students were admitted.

The average newly admitted student is 26-years-old and has had three years of work experience.

“Everybody I talked to had a different background,” said Regan Turner, who was recently accepted to the Kennedy School after serving in Iraq and Afghanistan as a U.S. Marine captain. “The students represent every previous career imaginable from myself being a military officer to people who worked in the non-profit sector.”

Jaime Loucky, another recent admit, said he was less certain about attending the Kennedy School in the fall.

“Although [the Kennedy School] has an enormous diversity of course offerings, a very large and sterling faculty, and an equally impressive student body...there are a number of weaknesses that I am keeping in mind,” said Loucky, who has also been accepted to Princeton’s Woodrow Wilson School of Public and International Affairs.

“I haven’t quite made up my mind, but I’m leaning toward Harvard,” Loucky added.

—Staff writer Andrew Z. Lorey can be reached at alorey@college.harvard.edu.