From a fiscal nightmare to a campus shooting, 2009 had it all 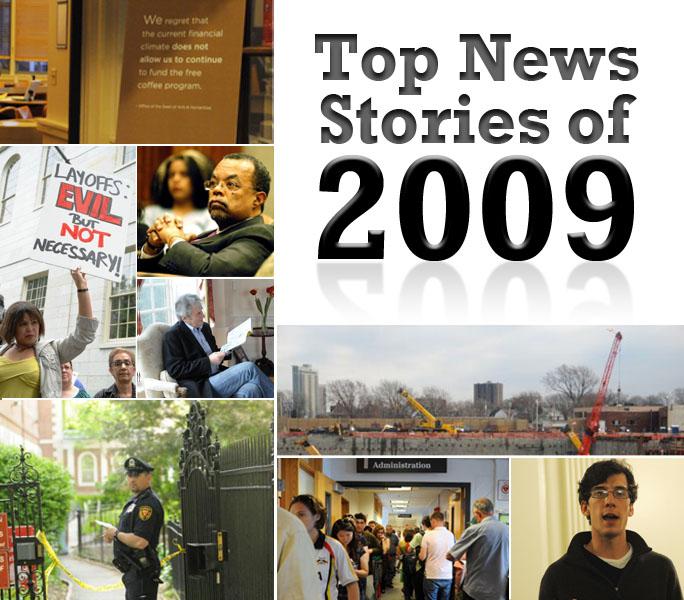 Life tenures aren't the norm around Harvard, and administrators phase in and out of posts, but 2009 was host to a few surprising resignations—and they didn't bode too well for a University in dire need of the best advice and talent during a time of especial fiscal constraints. In late May, Harvard announced that its then-Executive Vice President Edward C. Forst '82 would leave the University for Wall Street, where he had worked for 26 years. But Forst was not the only high-profile finance administrator to leave the University at the tail end of the academic year. A little more than a month after the news of Forst's resignation, Faculty of Arts and Sciences Dean Michael D. Smith announced that FAS' then-primary finance guru, Brett C. Sweet, would be leaving Harvard in late July to head over to Vanderbilt University. Sweet, the FAS dean of administration and finance, and Forst both left after less than a year on their respective jobs. Since Forst and Sweet's departures, the positions have been filled by Katherine N. Lapp and Leslie A. Kirwan '79, respectively.

But fiscal expertise wasn't the only area that underwent flux in leadership. Harvard Business School Dean Jay O. Light announced in December that he will step down at the end of this school year. In a more bygone instance, then-Harvard Law School Dean Elena Kagan announced in January that she planned to resign the deanship, which she has held since 2003. Kagan had been nominated to serve as then-President-elect Barack Obama's solicitor-general, the administration's representative to the Supreme Court. Kagan was confirmed as the nation's first female Solicitor General in March, and Martha Minow—a long-time Harvard Law School professor—took the HLS deanship in July.

This fall, three House master couples announced their departure in the span of less than two weeks—add that to the two House masters who stepped down at the end of the previous school year, and 2009 means new management for five of the 12 undergraduate Houses. 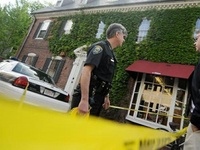 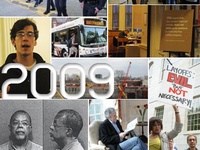 On Nov. 26, Eliot House masters Lino Pertile and Anna Bensted were the first to announce their departure. The couple, who have served as Eliot's masters for ten years, creatively sent the House community word of their departure in the form of a letter describing an interaction between Pertile and the ghost of former University President and House namesake Charles W. Eliot. Just three days later, Cabot House masters Jay M. Harris and Cheryl L. Harris e-mailed the Cabot community with word that they too would be stepping down. Jay Harris, who serves as dean of undergraduate education, and his wife Cheryl, a school psychologist at Sharon High School, cited heavy responsibilities in other areas of their work as their reason for leaving after seven years leading the house. Finally, on Dec. 9, Mather masters Sandra F. Naddaff ’75 and Leigh G. Hafrey ’73 announced their departure after 18 years as masters, the longest tenure of any current masters. Dean of the College Evelynn M. Hammonds has yet to announce who will take over the three vacant House master positions.

After years of planning and preparation, a new University-wide calendar took effect this fall. Under the new schedule, which was approved by the Harvard Corporation in 2007, Harvard dispensed with its traditional mix of schedules in favor of starting all classes at the beginning of September and having students finish papers and exams before Winter Break. While most welcomed the worry-free break provided by the new calendar, many students and professors struggled to adapt to the condensed fall reading period.

Along with the revised calendar came a new between-semester break, known as January Term. After the calendar change was adopted, College students and administrators began envisioning program ideas for J-Term, ranging from intensive language study to classes on metalsmithing. However, this past April, Dean of the College Evelynn M. Hammonds announced that the College's financial situation had forced it to abort its plans to offer J-Term programming.

At the beginning of fall semester, the College announced that it would only allow thesis writers, students working in labs, international students, and members of 19 varsity sports teams to remain on campus during the January break, which runs from Jan. 4 to Jan. 24 this year. Students hoping to stay on campus were required to fill out an application detailing their need to stay and the dates they planned to be on campus. Confusion arose in late September when an e-mail Ameer sent to undergraduate directors of studies left students and faculty confused over whether or not all thesis writers would be granted housing. In the end, the college ultimately approved over 93 percent of those who applied to stay on campus during January—a total of 1,316 students.

Call it Swine Flu, H1N1, or whatever you like, the flu outbreak that sickened people across the country and worried many more left its mark on Harvard during the past year. Harvard University Health Services (UHS) officials began preparing for the potential outbreak before a single case had been diagnosed on campus. After popping up in local schools, the virus first made its Harvard debut at Harvard Dental School, which closed temporarily after detecting its first case. At the end of last school year, UHS refrained from testing patients for H1N1 unless they were at risk for complications, but suggested that the Harvard community forgo “the traditional handshakes and embraces that accompany graduation ceremonies” because of an uptick in the number of students presenting flu-like symptoms. Fall semester brought a significant increase in the number of students with "influenza-like illnesses" and ill students were quarantined in Stillman Infirmary, their own single bedrooms, or other unoccupied dorm rooms. UHS ordered thousands of doses of the H1N1 vaccine and College administrators prepped to respond to increasing numbers of sickened students. Harvard began distributing the H1N1 vaccine to select groups in November and made it available to all people under 24 December. After all the panic and preparation, the University appears to have emerged from the epidemic with little more than a runny nose.

Ah yes, the Undergraduate Council. Forgive us. But who can call it a satisfying school year without an appearance made by our governing body? It all began on the night of Nov. 19, when the UC Election Commission decided to "de-certify" the results of the presidential election released that night, leaving the student body in confusion and the decision pending. Less than an hour later, a message signed off by then-UC Vice President Kia McLeod '10 was sent from the official UC presidential e-mail address, stating that then-vice presidential candidate Eric N. Hysen '11 may have had access to the software that tracks the results of the UC elections after receiving the necessary passwords from former VP Randall S. Sarafa '09. McLeod denied sending the e-mail, but former Student Affairs Committee Chair Tamar Holoshitz ’10, who said she was involved in crafting the e-mail, said that McLeod did send the message: “She read it out loud four times,” Holoshitz said. “She clicked send.” (For a more comprehensive narrative detailing the events that unfolded, click here.) Finally, the UC certified John F. Bowman ’11 and Hysen as the Council’s President and Vice President, and the UC voted to censure McLeod for her role in the scandal. According to the censure resolution, McLeod "did knowingly abuse the power of her office" by collaborating with Holoshitz and former UC presidential candidate Benjamin P. Schwartz '10 to send the "unsubstantiated e-mail." By "officially distributing biased viewpoints as fact and therefore severely damaging the reputation of the [UC]...[McLeod] did violate ethical standards," the resolution stated.

Fire Breaks Out in the Cafe of India