By the Numbers: Title IX Complaints at Harvard Since 2015 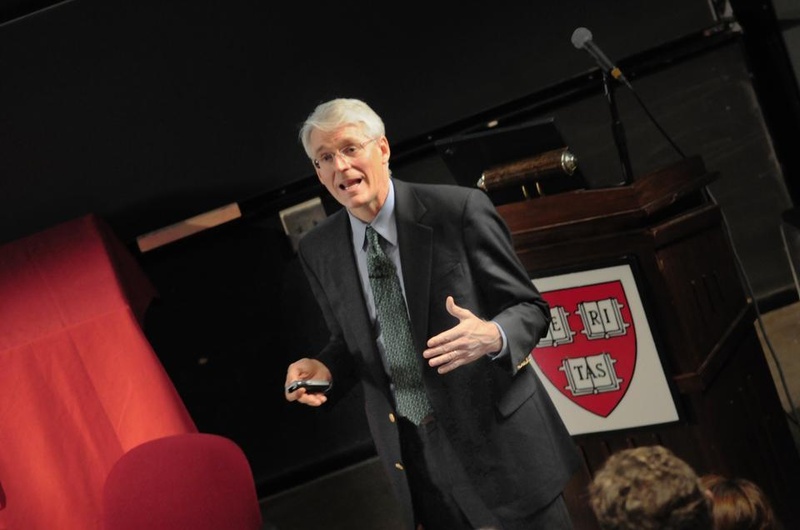 Peter H. Lehner ’80, who directs the National Resource Defense Center, speaks in the Science Center about strategy for moving greenhouse gas legislation through the U.S. Congress.

The executive director of a prominent environmental action group and two Harvard professors debated the best path to passage for pending environmental legislation at a panel discussion in the Science Center yesterday.

“We need a lot of solutions, we need them at scale, and we need them fast,” said National Resources Defense Council Executive Director Peter H. Lehner ’80 at the outset of his lecture, which was hosted in the Science Center by the Harvard University Center for the Environment. “We are literally off the charts, in unknown territory.”

Citing data on the acidification of oceans, migrating climates in the United States, and skyrocketing levels of greenhouse gases in the atmosphere, Lehner said environmental lobbying groups, as well as universities such as Harvard, must use their institutional clout to get the American Clean Energy and Security Act of 2009 (ACES) passed by the U.S. Senate.

The legislation, which would use a cap-and-trade system to cut greenhouse emissions by 17 percent by 2020, was approved by the House of Representatives in June.

But Harvard Center for the Environment Director Daniel P. Schrag and Environmental Epidemiology Professor Joel Schwartz challenged Lehner to explain the repercussions of these strategies.

Schwartz asked what would happen when the five areas of focus Lehner mentioned began to compete, while Schrag questioned whether the alternative fuel strategies Lehner proposed would be as cost efficient as he suggested.

“Hearing the panelists push Lehner’s optimistic analysis was interesting because they all have different perspectives, even though they want the same things to be done,” he said.

Lehner also warned attendees against believing there is such a thing as a “safe” level of carbon dioxide, even though the United Nations talks in Copenhagen this fall emphasized the limiting level of 350 parts per million of carbon dioxide.

He offered three approaches to countering the climate problem: capping and putting a price on carbon, boosting clear energy, and encouraging efficiency. He said that last year, the average Californian used 40 percent less energy than the average American.

“And they’re still living comfortable lives over there,” he told the packed Science Center Hall.