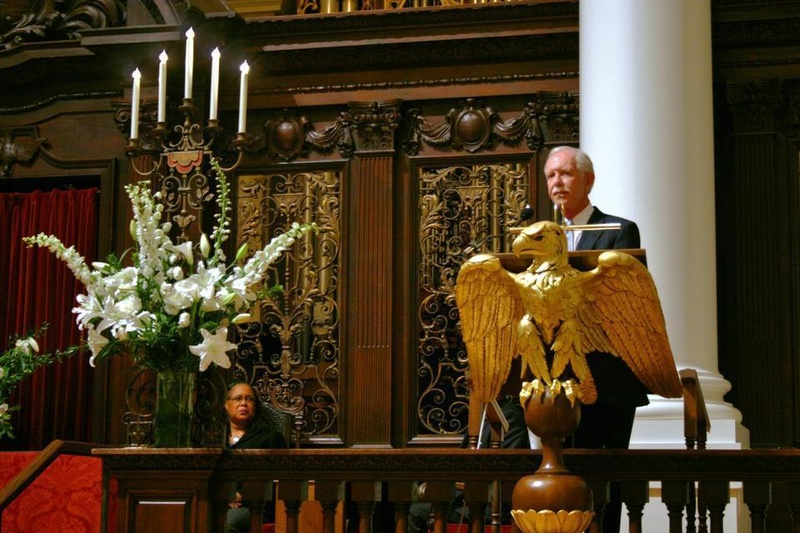 The Harvard Foundation presented its 2009 Humanitarian Award to Captain Chesley Sullenberger, who orchestrated the stunning landing of commercial flight 1549 on the Hudson River in January after the plane’s two engines lost function mid-flight.

All 155 passengers on board were saved by Sullenberger’s actions in what was dubbed by the media as the “Miracle on the Hudson.”

Sullenberger was lauded by speakers including the Reverend Professor Peter J. Gomes, Harvard Foundation Director S. Allen Counter, and Undergraduate Council President Andrea R. Flores ’10, who all recognized the captain for his calm heroism under the most intense of circumstances.

In his opening remarks, Gomes declared Sullenberger’s story as a reminder that “heroes do exist.”

Flores went further in her speech, praising the pilot’s “selfless heroism” and calling his story one that had “inspired the world.” 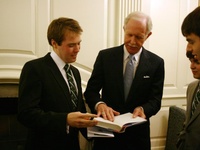 “In doing what he loved, he became a hero in his own right,” she said.

Despite overflowing praise from Gomes, Flores, and others, in his brief remarks, Sullenberger sought to graciously downplay the magnitude of his heroism.

Sullenberger began his remarks by expressing his admiration for the University as “a temple of learning,” and joked that he wished that he had not needed to go to such great lengths to get here.

“Something about the event has captivated people...it has given them hope and reminded them of their own potential for good,” he said.

In his remarks, Sullenberger insisted on the role that teamwork played in averting that potentially devastating crisis, and he emphasized his life’s ideal of building his reputation one day and one interaction at a time.

After being called an “American hero” in Gomes’ introduction, Sullenberger demurred, choosing instead to offer a different interpretation.

“A hero chooses to put himself in danger—this was thrust upon me,” he said.

The Din and Tonics, an a capella group on campus, provided a musical tribute and presented Sullenberger with a pair of the Din and Tonics’ signature green socks. Flores offered a Harvard sweatshirt and mug on behalf of the student body.

Sullenberger closed his speech with a thoughtful question to the audience.

“At the end of our lives we will not concern ourselves with counting money or toys accumulated...we will ask ourselves: did I make a difference?” He added, “I hope for all of you, the answer is ‘Yes.’”

Harvard in the World