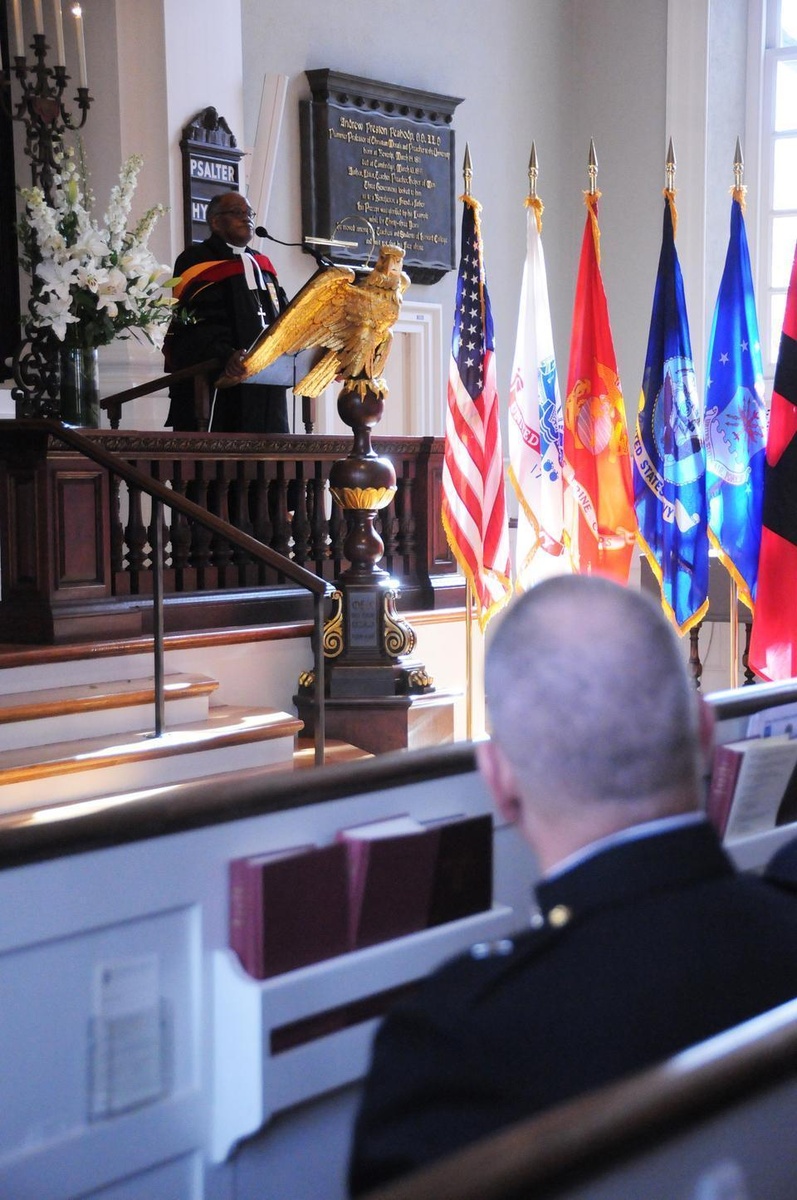 A special ceremony in Memorial Church recognized the sixteen Harvard alumni—the most of any university besides the service acadmies—who have received the Medal of Honor.

For many Harvard students, Veterans Day meant an extra day to catch up on sleep and work. But this year, several Harvard administrators, students, and graduates marked the occasion with a special ceremony in Memorial Church, recognizing the 16 Harvard alumni—the most of any university besides the service academies—who have received the Medal of Honor.

Military service has a long history at Harvard—thousands of Harvard alumni have served in the U.S. military and about 1,200 have lost their lives in war. Currently, there are 150 veterans of Iraq and Afghanistan studying at Harvard.

Yesterday’s service—hosted by the Harvard Veterans Alumni Organization—was filled with men and women in uniform who had served or are currently serving in the military.

In his opening address, Reverend Peter J. Gomes reminded those in attendance of the initial purpose of Memorial Church. 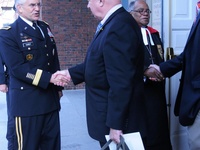 The church—a gift to the University from alumni—was dedicated on Armistice Day in 1932 to the memory of those who gave their lives in World War I.

It has since grown to include memorials for Harvard students who gave their lives in the wars that followed.

General George W. Casey, chief of staff of the United States Army and another speaker at yesterday’s event, noted that his father’s name is on one of the church walls, honoring him for his military service in the Vietnam War.

“The history of our freedom has been bought through the selfless service and sacrifice of the men and women we honor today,” Casey said in defining the significance of Veterans Day. “Our country is lucky to have people that believe in the values of our county and are willing to fight for them.”

Following Casey, President of the Harvard Veterans Alumni Organization Thomas Reardon ’68 presented the plaque with the names of the Medal of Honor recipients.

The plaque will remain on Memorial Church’s wall.

University President Drew G. Faust remarked on Harvard’s dedication to service, explaining that soldiers from Harvard have “fought across two centuries and around the world.”

“As current and future students enter Harvard’s gates, I hope they will be instilled with a sense of obligation, service, and citizenship,” Faust added.

A handful of current Harvard students were present for the event as well.

“We should be proud of this—it is inspiring.”

Andrew P. Howe ’12 agreed, saying that he was “honored to be part of a university that pays so much tribute to service.”