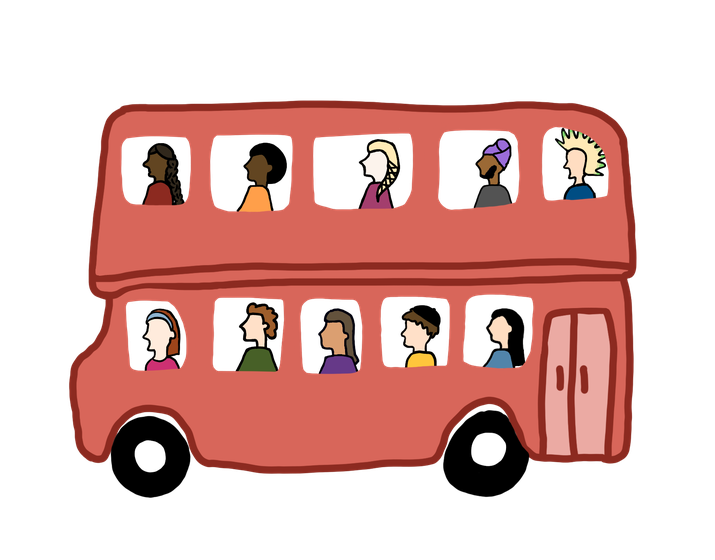 On Multicultural London English and the Power of Code Switching

Code switching in the past had helped me to better connect with people from any and every background; why should this new environment be any different?

My city is home to many languages. It houses several mother tongues. With the largest number of foreign-born residents of any city in the world, London’s streets are filled with a fusion of languages, dialects, and accents. East London barbershops hum with Nigerian Yoruba chatter, while West London coffee shops buzz with Arabic slang.

London has been shaped by immigration. After the Second World War, the United Kingdom called on its former colonies to help rebuild the nation and reverse its labor shortages. The Windrush Generation — 300,000 West Indians — traveled to the UK post World War II on the Empire Windrush boat. Over 400,000 immigrants from former British colonies were to follow over the next few decades, hailing from India, Pakistan, and several African countries. Alongside this, political changes in Eastern and Central Europe led hundreds of thousands to flee from these countries and seek refuge in Britain.

Of this generation of immigrants and refugees, the majority settled in London. As they helped to rebuild the National Health Service, the transportation systems, and the city’s physical infrastructure, they brought with them the richness of their cultures and languages. As these groups integrated and had children, they enriched the city’s landscape through their cultural food shops, pubs and bars, and especially their languages and dialects.

Growing up, my schools were filled with first- and second-generation immigrant children. As we chattered in classrooms and ran around playgrounds, our jokes and laughter were not the only things we traded. Our accents and dialects intertwined and mingled on school grounds, and gave birth to a new dialect: Multicultural London English.

Multicultural London English is a British sociolect spoken mainly by young, working class people in London. It was born out of the post World War II immigration boom, and has West Indian, African, and Arabic influences. From its roots in London, the dialect has spread to other multicultural, urban parts of the UK.

In London, it is standard for young people from all backgrounds to greet their friends in Jamaican Patois — “Wagwan” — and shout “Wallahi,” an Arabic phrase, when feigning sincerity. It is a bonding and unifying sociolect, which detaches us from “the system,” acting as a language of protection and solidarity. We are the children of a colorful city, with a rich and bridging language to show for it.

However, when I turned 16, I received a scholarship to a private school, which dragged me away from this open and warm world of language to one that was cold and coded. My slang and accent were no longer unifying agents, but instead markers that unknowingly outed me as a scholarship kid — something I held close to my chest, like a shameful secret. The language that had always been a connecting force no longer had the same strength because its audience was no longer people that looked and sounded like me.

Code switching is the practice of altering between different types of language in conversation, shifting the way one speaks in different social settings. Code switching can include changing the pronunciation of your name, using more formal language, or even changing your entire dialect to better assimilate. The connotations around code switching are often negative, with academics emphasizing its connection to the emotional and mental labor often-marginalized individuals endure to conform to the status quo.

For the first few months at this new school, I tirelessly toiled to warp my voice and my language into something that made me more palatable. I ceased slipping into Jamaican Patois; my “innits” returned to “isn’t its.” If my language was the identity I wanted to present to my new peers, I made sure it was as distant from my mother tongue as it could be.. I wanted to excel in this new setting, and I thought doing so meant leaving behind the vibrant language I’d grown up with.

But one day I had a conversation with a friend that changed my entire perspective. Coming from a Pakistani family, he bonded quickly with me over the power our multicultural background had bestowed us with. Growing up, I had switched effortlessly from Jamaican Patois to Nigerian Pidgin to Arabic. My lingo had been littered with slang from every corner of the earth, and I had jumped between these different dialects seamlessly. When I was around my Nigerian family, I was able to slip into Pidgin English and connect with them in a way British English wouldn’t lend to. Code switching in the past had helped me to better connect with people from any and every background; why should this new environment be any different?

Code switching has always been a tool of mine. In fact, it has been a super power. In spaces where I felt other than, language was a fluid and shapeshifting gift. I would always be from a different part of the city than these kids, but I could use the gift of linguistic finesse that my background had given me. Growing up, I didn’t greet my Sri Lankan friend’s parents the same way as I did my Jamaican friend’s parents. I’d been code switching all my life, and I was good at it. Despite this new school being so wildly different from my upbringing, I could still wield the linguistic skills that Multicultural London English had taught me.

I could still slip into Jamaican Patois and East London slang with my new friends. There was no need to abandon the language that felt most authentic to me. Instead, I could see this new school as a new source to pull language from, to melt into the already overflowing pool of dialects I knew well. Code switching didn’t have to be emotionally draining if I realized I already possessed all the tools I needed. Nothing about myself needed to be thrown away.

Late British sociologist Stuart Hall talked extensively about how identity is an “endless, unfinished conversation.” I could stay true to myself while also connecting with these people in a language that bridged our physical gaps because my self-conception was not fixed in stone — it was a reflection of the people I interacted with. This new environment was only another chapter in this ongoing, malleable conversation of identity, and I was well equipped to participate.