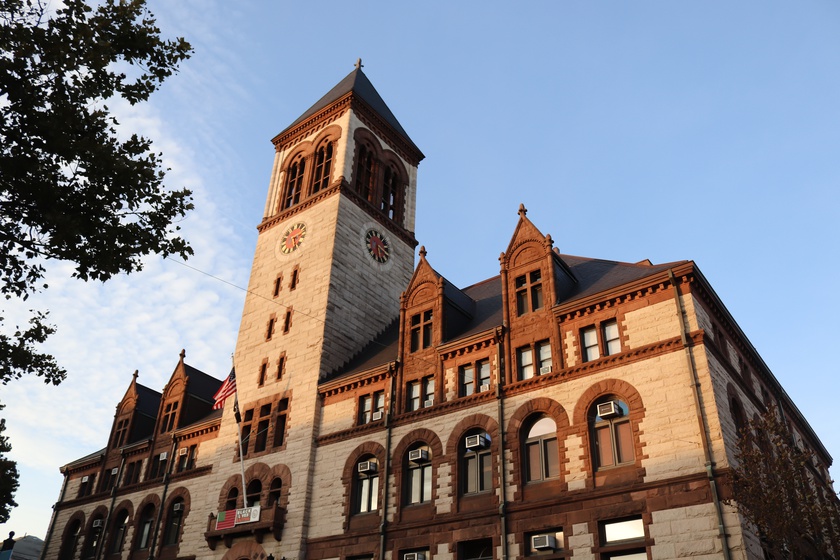 On April 15, 1970, Massachusetts State Police deployed tear gas in a crowd of nearly 3,000 anti-Vietnam War protesters in Harvard Square. On May 31, 2020 — roughly fifty years later — police deployed tear gas on protesters in the Boston Common and Downtown Crossing area who were demonstrating against the police killing of George Floyd. Months later, both moments are fresh in Cambridge City Councilor Jivan G. Sobrinho-Wheeler’s mind. Sobrinho-Wheeler sponsored a policy order to ban the use of tear gas by police in a City Council meeting on Oct. 26.

On May 31, 2020 — roughly fifty years later — police deployed tear gas on protesters in the Boston Common and Downtown Crossing area who were demonstrating against the police killing of George Floyd.

Months later, both moments are fresh in Cambridge City Councilor Jivan G. Sobrinho-Wheeler’s mind. Sobrinho-Wheeler sponsored a policy order to ban the use of tear gas by police in a City Council meeting on Oct. 26. He had witnessed the latter protest firsthand. “I think there’s a growing consciousness that this isn’t how we should be responding to things,” Sobrinho-Wheeler says. “In most cases, it serves to further escalate the situation and sow distrust and doesn’t promote public safety.”

Councilor Quinton Zondervan, Councilor Patricia M. Nolan and Mayor Sumbul Siddiqui sponsored the Cambridge ban with Sobrinho-Wheeler. The push has also found support from organizations like the Boston Democratic Socialists of America Healthcare Working Group, Cambridge Residents Alliance, Community For Us, By Us, and Our Revolution Massachusetts.

Katharine H. Nash, the leader of the Boston DSA’s tear gas ban campaign and a member of the Boston DSA Healthcare Working Group, sees the pandemic as an additional reason for urgency. “If someone is recovered from COVID, if they’re going to get COVID in the future, we don’t know what the tear gas exposure will do,” Nash says. “And because [tear gas] can compromise lung function and cause acute injury, this is really the time we have to push to get this ban in. I don’t want anybody to be exposed to tear gas ever, but especially during this pandemic.”

The need for a ban has been disputed, as Cambridge police officers currently carry pepper spray rather than tear gas canisters. “CPD does not carry or utilize tear gas, as it is not and has not been authorized for use under CPD policy,” Cambridge Police Director of Communications and Media Relations Jeremy Warnick wrote in an email on Oct. 28.

Nonetheless, Sobrinho-Wheeler argues, the police department’s internal restriction on tear gas might change in the future, especially if a new City Manager takes office. “By passing this ordinance, it’s making it legally binding and would require a council vote to change.”

In July, Cambridge Police Department found tear gas while compiling an inventory of its property. “If the police did want to change that policy, they could start using tear gas,” Nash says. “The City Council ordinance would codify that existing policy and then strengthen it, give it some teeth.”

In his statement Warnick claimed the tear gas found in CPD’s inventory had been given to the Massachusetts State Police and ordered destroyed.

Nash also sees Cambridge as an entry point for tear gas bans. “We think it’s pretty winnable here” she says. “And then if we win this ban on tear gas [in Cambridge] specifically, we can use that momentum to go to other cities and continue to build this up, with the goal being a statewide ban.”

The campaign is starting local: In tandem with Cambridge city councilors, councilors in Boston and Somerville are advocating for ordinances banning tear gas in their respective municipalities.

To Ben Ewen-Campen, the Somerville City Councilor who proposed the corresponding ban in Somerville, that city’s existing policy also falls short. “All of us saw tear gas being used by local law enforcement over the summer, and it was horrifying,” he says. “We’re far past the point where we can just, on a handshake deal, accept that our local law enforcement is not going to do that. It might have once upon a time felt like a symbolic issue, but it is now clear that local law enforcement agencies have a lot of leeway to do things that the general public may or may not agree with.”

Despite momentum from local efforts, a statewide ban remains a thorny topic. In July, Mike Connolly, the Mass. representative from the 26th Middlesex District, which includes East Cambridge and East Somerville, proposed an amendment to a police reform bill that would have banned the use of tear gas by police. Despite the overwhelming Democratic majority in the Mass. House of Representatives, the amendment failed 121 to 38.

“The perception of Massachusetts as a progressive state is really at odds with a lot of what we see from the state legislature,” Ewen-Campen says. “If anything, I think open debate on issues like this is good for state and local politics in Massachusetts because it helps the voting public understand where their representatives stand.”

The tear gas ban represents just one example of increasingly mainstream conversations about more substantial police reform. Police abolition and prison abolition in particular have gained traction among some local residents in the wake of the murder of George Floyd. Some abolitionists argue that contingent reforms — like banning tear gas — distract from real structural problems and are doomed to be ineffective.

“I know a lot of Somerville residents who consider themselves police and prison abolitionists, who really firmly believe that anything short of abolition is not worth doing, and I understand that perspective,” Ewen-Campen says. “But as a city council, we have to run the local government. And to me, it is totally unambiguous that we should be taking concrete, small steps at the same time that we’re also fighting for long term, large scale changes.”

Much of the debate boils down to a shared desire for basic public safety, Sobrinho-Wheeler says, and he believes that safety will come from mental health resources and community investment, not policing.

According to Sobrinho-Wheeler, the City Solicitor will need to draft an ordinance for discussion in the Ordinance Committee to define the terms of the ban and compare it with the ordinance banning tear gas in Boston. More generally, Sobrinho-Wheeler says a task force will form in the next few weeks to discuss models for a non-police emergency response.

“At the end of the day, people want to feel safe,” he says. “And the question is, does more policing and [do] certain tactics keep us safe?”