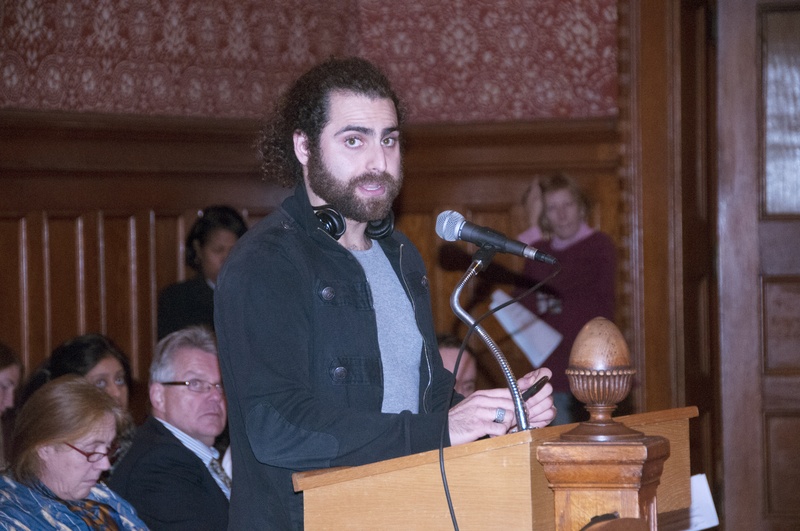 In the complaint, filed on Oct. 17, Teague alleges that Mayor Henrietta J. Davis and Councillors David P. Maher and Kenneth E. Reeves ’72 violated the state Open Meeting Law during an April 8 Council meeting in which Councillors approved a rezoning petition by MIT. The Open Meeting Law requires governmental bodies to hold most meetings in a public setting, thought it makes some exceptions to ensure that public officials are not “unduly hampered” by the mandate.

Teague demands in the complaint that the Council’s 7-1-1 vote in favor of MIT’s petition be reversed, that Maher and Reeves be banned from chairing committees in their next two-year term if they are reelected, and that the Council be forced to formally acknowledge that it has intentionally violated the Open Meeting Law. Maher and Reeves are running for reelection in Tuesday’s contest, while Davis is not.

Teague’s concern stems from Davis’s vote reversal on the MIT petition’s “Net Zero Emissions Amendment.” After the Council initially approved the amendment by a vote of 5-4, Maher temporarily left the meeting to talk to MIT developers. During this time, Teague claims, Reeves stalled the Council’s discussion of the petition. When Maher returned to the meeting, he approached all the Councillors, including Davis, and quietly talked to them. Davis then publicly announced her change of vote, killing the amendment, later explaining that she was concerned the amendment’s passage could potentially sink the entire project.

At Monday night’s meeting, the Council voted 8-1 to approve the draft of a letter in defense of its actions that will be sent to the Massachusetts Attorney General.

Responding to Teague’s complaint in discussion, Reeves said he thinks the complaint is nothing more than a personal, unsubstantiated attack on his integrity.

“This is a complaint about a violation of the Open Meeting Law that includes my name but is based on some conjecture on what my thinking might have been by someone I don’t really know,” he said. “So it needs to be plain to the public that any citizen in standing could come in and claim anything.”

Reeves said that he hopes the letter will clear him of any wrongdoing.

“For politicians, there is a higher bar and the appearance of impropriety is impropriety. I don’t know what happened, I don’t know why votes were reversed, but it looks bad,” Mazen said. “The trust we have and the feeling of inclusion that we have as residents suffers as a result.”

Also during the meeting, Teague criticized the way the Council has responded to his complaint.

“Trust can only come from admission and not argument, and the government’s response of argument does nothing to reestablish trust,” he said.