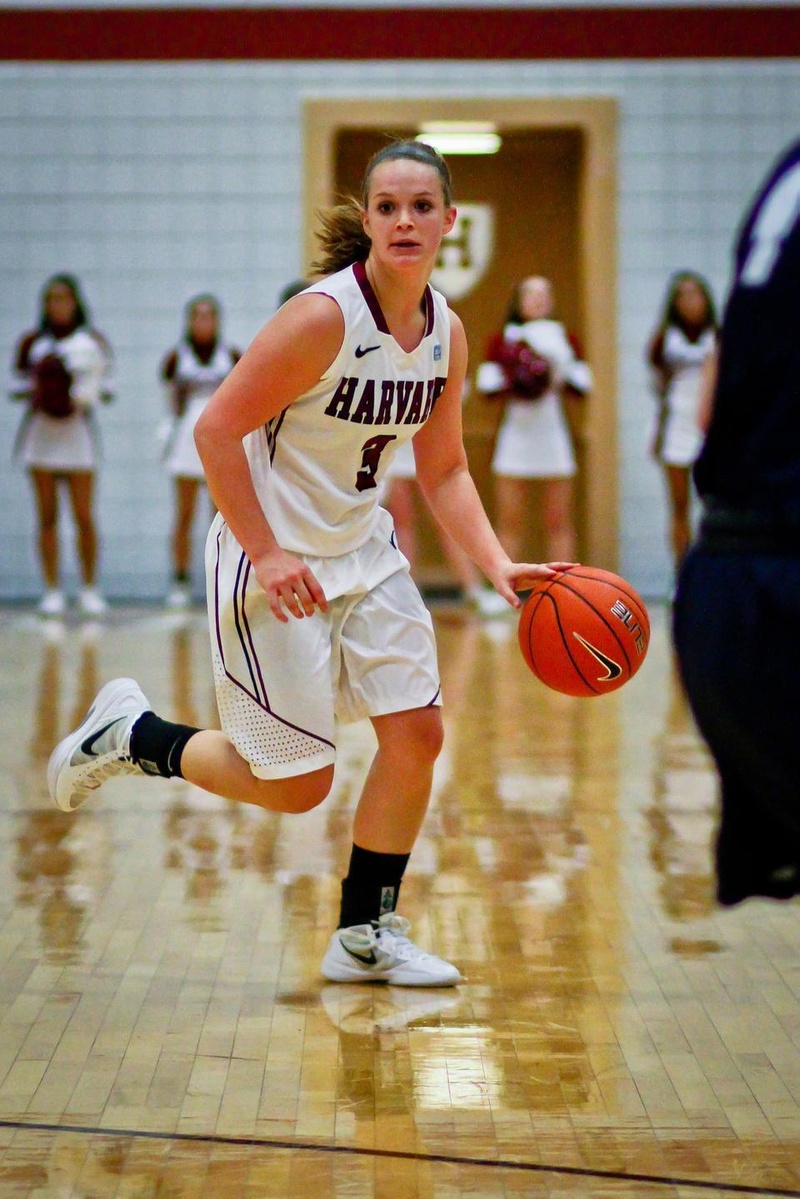 With seconds left to play on Saturday, the Harvard women’s basketball team fought to prevent a repeat of Friday night’s loss, ultimately eking out a win at Eastern Michigan, 67-63.

Less than 24 hours after letting a close contest slip away against Michigan, the Crimson (4-2) found itself struggling to hold on to a two-point advantage against a resurgent Eagles offense that came into the second half firing.

With less than two minutes to play, Eastern Michigan went on a four-point run thanks to consecutive trips to the charity stripe to pull within two, but two free throws from Harvard sophomore guard Ali Curtis cemented the win for the Crimson with six seconds remaining. Curtis finished the game with a career-high nine points.

“We won the game by the score, but it’s nothing to feel good about,” said Harvard coach Kathy Delaney-Smith, whose team led 34-19 at halftime. “I’m very disappointed in my team in the second half. They got outplayed in every aspect of the game: toughness, being beat to loose balls, on the board, execution.”

The Crimson went on an eight-point run to start the contest and opened up a 20-point lead before the end of the first half, holding the Eagles to 19 points in the period. But after halftime, Harvard watched its lead slip away as the Eagles put 17 points on the board in the first eight minutes.

“We just had a lot of defensive breakdowns, and they got a lot of offensive rebounds,” said co-captain and forward Emma Golen. “We knew they had two big scorers, and I think we put so much focus on them that their other girls in the post were able to do a lot of damage.”

Junior forward Olivia Fouty led Eastern Michigan in scoring with 20 points on the night, including a layup with 19 seconds to play that brought the Eagles within two. The Crimson also struggled to contain senior center India Hairston, who scored 11 of her 13 points in the second half.

With 23 turnovers—15 coming in the second half—Harvard matched its season high. The Crimson lost the ball more than twice as many times as the previous night, when it had a season-low 11 turnovers against the Wolverines.

“In back-to-back games, you lose your legs a little bit,” Delaney-Smith said. “That could have had an effect [in the second half].”

After shooting 0-of-6 from the field against Michigan, scoring her only point of the game on a free throw, Fagbenle started off the night with 12 points in the first half, adding another three in the second.

Fagbenle carried a perfect shooting game deep into the second half, at which point she missed a free throw with five minutes left to play. She finished the night shooting six of six from the field and three of four from the charity stripe.

“Temi used a lot of finesse to beat them on a drive,” Delaney-Smith said. “I think Eastern Michigan looked at Temi’s box score from last night and said, ‘Oh she didn’t do anything,’ so she may not have gotten quite the attention she got [from Michigan].”

For the sixth straight game, junior guard Christine Clark led the Crimson’s offense with a game-high 16 points. Her total from Saturday night followed a 23-point outburst against the Wolverines and a season-high 25 points against Holy Cross last week.

“The older she gets, the less scoutable she is,” Delaney-Smith said. “She was maybe a little one-dimensional last year, but she has a mid-range game now that I don’t feel she was using too much in her first two years.”

In a balanced offensive effort, Harvard also picked up 13 points from co-captain and forward Miriam Rutzen.

Entering the game shooting 50 percent from beyond the arc, the Crimson struggled on Saturday, going 1 of 11. Golen made the only three of the night in the second period.

“Eastern Michigan was scrappy and took our threes away from us, but I don’t think we are executing well right now either,” Delaney-Smith said. “We were trying to go inside a little bit more, which opened up things for Temi and Miriam.”

After three straight road contests, the Crimson will return to Lavietes Pavilion for a Wednesday matchup with New Hampshire.

“We are walking away knowing that our team has a lot of potential and that we can battle with bigger schools,” Golen said. “We need to work on being consistent for a full 40-minute game and executing both offensively and defensively.”