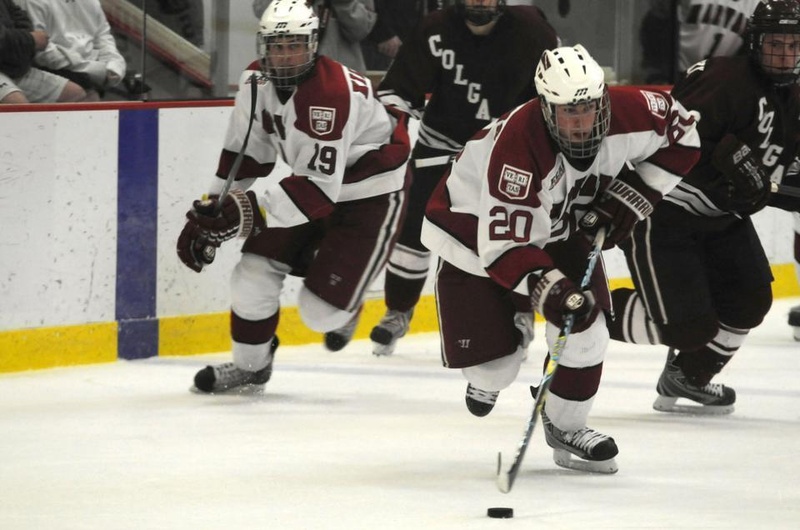 On Nov. 28, the Canadiens called up the center from Hamilton, and he played in his first game two days later against the Anaheim Ducks.

Then, on Thursday night, Leblanc scored his first NHL goal in front of the 20,000-plus hometown fans at the Bell Centre, picking up a deflection and beating Philadelphia Flyers’ goalie Sergei Bobrovsky from 10-feet out.

“It was unbelievable,” Leblanc says. “Getting a big cheer from the crowd, it was a very special moment for me.”

Leblanc’s parents could not be there to see the moment in person, as his father had to work in Boston.

But he did have one special fan in attendance—his former linesman, Killorn.

“He called me two days before the game and said he was coming,” Leblanc said. “I was excited to see him, and I was happy he was able to be there. ... I’ll remember that forever.”

The rookie received a standing ovation from the hometown fans, including his former teammate, who got to see his friend score a goal for the team they had both grown up rooting for.

“Since he got drafted, he’s gotten a lot of attention,” Killorn says. “I know, being a Montreal native, a lot of people support him, and to actually see him play in the NHL for the Montreal Canadiens is huge. I guess you could call him a hometown hero.”

Killorn says it was a moment that made a lot of their fellow Quebecers proud.

“After the goal was announced, they couldn’t even drop the puck because the crowd was so loud,” the forward recalls.

For Leblanc, scoring an NHL goal was a dream come true. But he also knows he has a lot to work on; the center has only averaged 9:25 in ice time in his nine games with Montreal.

Coach Jacques Martin had hinted he wanted to send the rookie back down to Hamilton to gain more experience when some injured veterans returned to Montreal, but Martin was fired Saturday, leaving Leblanc’s fate unknown.

For now, then, the rookie is just enjoying his time in the NHL and taking in everything he can.

“It’s been great,” Leblanc says. “I’m just learning a lot from the more experienced guys. ... The game is so much faster and so much quicker than the other leagues I’ve played in, [so] just being responsible and doing things right is very important.”

For Killorn, witnessing his friend achieve his dream has strengthened his own desire to one day suit up for the Lightning.

“It’s definitely exciting for me,” Killorn says. “It just lets you know how close, how realistic [playing in the NHL] can be. Talking to him about how the process has gone for him ... shows if you just keep working hard, it’s a legitimate possibility.”

—Staff writer Scott A. Sherman be reached at ssherman13@college.harvard.edu.

Multi-Page View
Want to keep up with breaking news? Subscribe to our email newsletter.