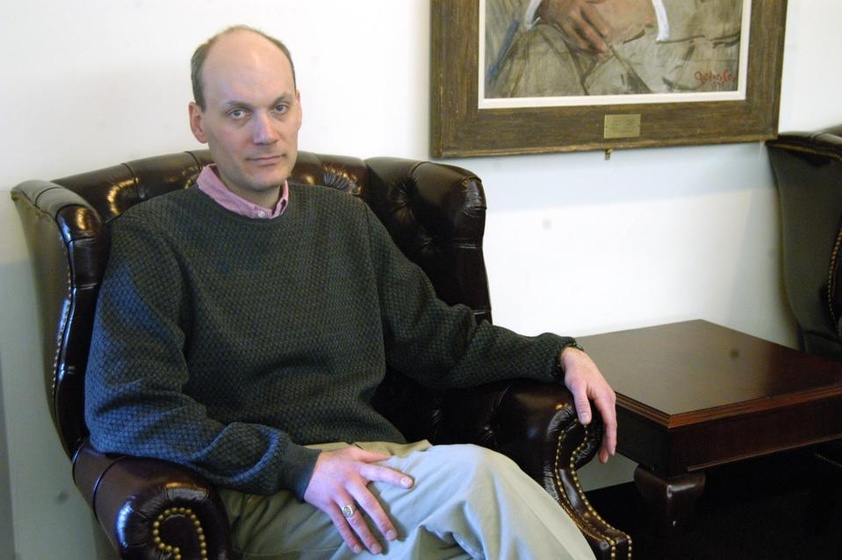 Just a month after Baghdad fell in 2003, Foote was asked to go to Iraq and aid the Coalition Provisional Authority, the nation’s transitional government, in rebuilding the war-torn economy. There, Foote served as part of a team tasked with ensuring the nation’s smooth transition to a free-market economy.

As a child, Economics 1010b Professor Christopher L. Foote remembers being stunned by conversations about inflation and unemployment during the major economic recession of the 1970s. “I was 10 years old and had just started to pay attention to things around me,” Foote says. “Once I’d learned that economics was a science, I felt that it was so important that it never really left me.” Just a month after Baghdad fell in 2003, Foote was asked to go to Iraq and aid the Coalition Provisional Authority, the nation’s transitional government, in rebuilding the war-torn economy. There, Foote served as part of a team tasked with ensuring the nation’s smooth transition to a free-market economy. With President Obama’s promise to have every American soldier in Iraq home by Christmas, Foote’s work takes on new relevance.

THE ROAD TO CAMBRIDGEAfter earning a B.A. from the College of William and Mary in 1987, Foote spent two years writing about business and economics for a small newspaper in Harrisonburg, Va. He then received his Ph.D. in macroeconomics and political economy from the University of Michigan. Upon graduating in May of 1996, Foote began teaching at Harvard, where he currently teaches Economics 1010b: Macroeconomic Theory. Economics Professor David I. Laibson ’88, a friend and colleague of Foote’s for 15 years, is impressed by Foote’s ability to consistently relate the material he teaches to the real world. “[Foote] brings the material alive,” says Laibson. Foote has served as a senior economist and policy advisor in the research department at the Federal Reserve Bank of Boston since 2003, and he is also an advisor to the Center for Behavioral Economics and Decisionmaking. The research he does for the Fed spans issues from the housing market to interest rates, and Foote makes sure to address these real-world topics in class.“When he talks about the housing crisis, it’s not in an abstract way,” says Benjamin B. Wilcox ’13, who took Economics 1010b last year. “It’s with the understanding that this is a public policy issue that he has wrestled with, that he has researched, and that he’s still actively pursuing answers to.”“He’s the warmest professor I’ve met in my time here so far,” says Michael E. Mitchell ’14. “His enthusiasm for macroeconomics seemed grounded in a conviction that his work could make a difference in people’s everyday lives by improving policy, especially for homeowners and people with mortgages.”

FROM CAMBRIDGE TO IRAQ During the 2002-2003 academic year, Foote worked as a senior staff economist—and later as chief economist—at the Council of Economic Advisors. When Baghdad fell following the U.S. invasion, Foote was asked to travel to Iraq as part of a team of economists. He served as an advisor to the Coalition Provisional Authority from May to Sept. of that year and returned to Iraq for a short time in January and Feb. of 2004. Foote worked primarily with economists at the Central Bank of Iraq on exchange rate and currency issues. “They were eager to work with us because they also knew that their economy was in bad shape before the war,” Foote explains. He cites corruption in government, lack of infrastructure, and an unstable education system as major challenges. Foote returned from Iraq with a changed perspective on developmental economics, a better understanding of the difficulties of establishing stability in Iraq, and a newfound appreciation for the American military.“I clearly got a sense that people were promoted based on their ability, that people treated each other with respect, that people followed orders, but also that people were chipping in opinions where they were appropriate,” says Foote. In 2004, Foote co-authored a paper entitled “Economic Policy and Prospects in Iraq” in the Journal of Economic Perspectives, along with William Block, Keith Crane, and Simon Gray. All four served as economists in Iraq, and the paper chronicled their observations while also assessing long-term solutions.“[Foote] speaks about Iraq matter-of-factly,” says Laibson. “He describes the challenges and frustrations [but] doesn’t make a big deal of it.” Wilcox says that Foote occasionally discusses his experiences in Iraq with his students. “Mostly, I think that his work in Iraq served as an example of the way that the ideas that we studied had very real implications for economic development in today’s world,” he says.

LOOKING TO THE FUTUREFoote is uncertain about Iraq’s future after the departure of the last American soldier later this month. “I worry that, because of the way Iraq’s economy is structured, there is an incentive for people to try to take over the government so they can try to get control,” he says.Expanding upon his work in Iraq, Foote hopes to become an economic consultant after he retires, traveling to different countries offering advice on how to set up basic but vital systems such as a central bank or treasury department.  For now, though, Foote is immersing himself in his passion for economics and his love of research and teaching. “It’s one of these things where my wife will constantly say, you don’t have hobbies because your job is your hobby,” says Foote.

NOTEBOOK: Big Man Foote Too Much For Crimson 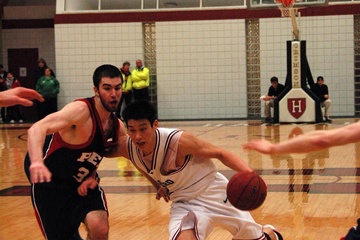 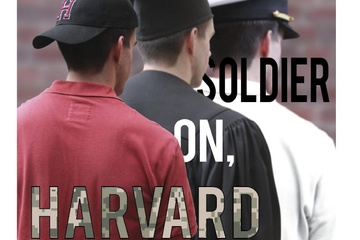 The Other Public Service