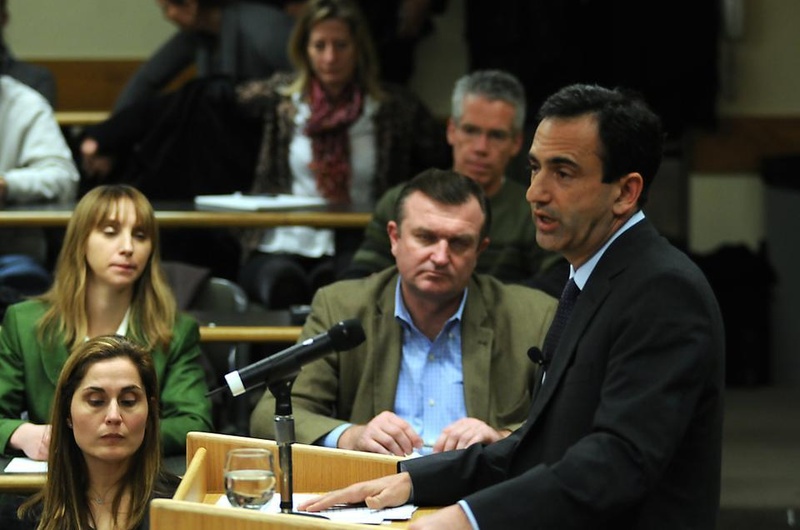 Philip H. Gordon, the U.S. assistant secretary for the Bureau of European and Eurasian Affairs, said in a lecture at the Harvard Kennedy School yesterday that Eastern Europe needs to be better integrated into NATO and the European Union in order to achieve regional stability.

Gordon admitted that attempts to incorporate southeastern Europe into Euro-Atlantic organizations had been “difficult in the past.” But he emphasized that the Obama administration would try to finish “the historic project of trying to bring democracy to the whole of Europe.”

“To fully achieve European and therefore American security, we believe that peace and stability should not only extend across northern and central Europe, but also southeastern Europe,” Gordon said in his speech, called “The Obama Administration’s Vision for Southeastern Europe.”

While he addressed political, social, and economic concerns relating to a variety of Balkan states, Gordon paid particular attention to Serbia, Bosnia and Herzegovina, and Turkey.

“The door to NATO membership is open,” said Gordon, referring to Serbian interests in particular.

Gordon also expressed hope about U.S. relations with Bosnia. He said that though the United States and Bosnia have not been willing to agree on how to move forward, the Obama administration will seek to position Bosnia for future membership in the European Union and NATO.

The lecture drew about 50 audience members—including graduate students, undergraduates, professors, and academic fellows from the Kokkalis Program on Southeastern and East-Central Europe.

“Everything that he said about Bosnia was a little vague, but very good,” said Emir Skokic ’12, who grew up in Bosnia.

Gordon noted in his speech that yesterday marked the second anniversary of Kosovo’s independence: a sign that progress has been made.

—Staff writer Andrew Z. Lorey can be reached at alorey@college.harvard.edu.

This article has been revised to reflect the following correction:

An original version of the Feb. 18 news article "Gordon Discusses Eastern European Integration" stated that the Harvard Kennedy School lecture drew about 50 audience members. In fact, the number of attendees was over 70.