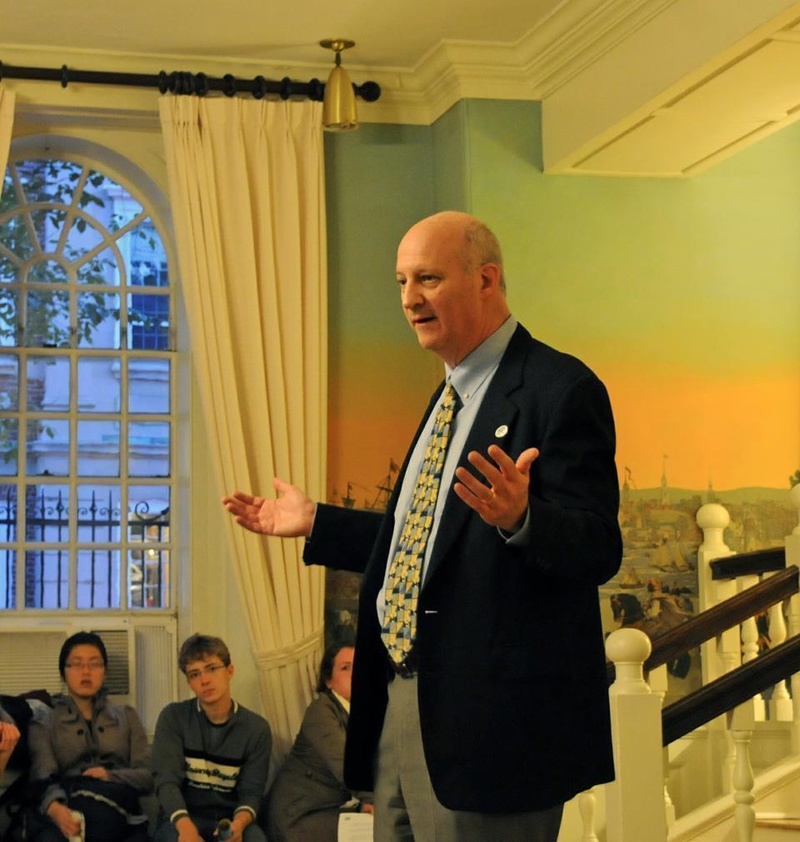 Ronald M. Shaich, co-founder of Panera Bread, discusses the advocacy group No Labels, which seeks to move politics away from extreme partisanship.

Ronald M. Shaich, co-founder and CEO of Panera Bread, described his vision to break partisan political gridlock through a new advocacy group, No Labels, at an event hosted by the Institute of Politics yesterday.

Shaich told the audience of about 40 assembled in the Lowell Junior Common Room that American politics have devolved into an unproductive ideological war that does not allow for pragmatism or compromise.

“Ultimately, unless we get rid of some of our ideological intensity, we are not going to be served by government,” he said.

Among other things, No Labels intends to create space for moderate voices in the political conversation.

Shaich said the group will also advocate for open primaries—in which any voter, regardless of party affiliation, can vote—and neutral redistricting processes, and that he envisions one day forming a No Labels Political Action Committee to help fund the campaigns of moderate politicians.

The group plans to launch formally at a rally on Dec. 13 at Columbia University, which they anticipate will draw over 1,000 attendees.

According to Kevin Walling, a field director for No Labels who also spoke yesterday, the group hopes to eventually enlist one million members.

He urged those in attendance to publicize the group via Facebook and other social networking venues.

Farha A. Faisal ’12, who organized the event, said the group is important because many college students do not subscribe to specific political labels and would benefit from learning about the other political options available to them.

“What’s most important is serving the American people in the best way, and that’s what No Labels is all about,” she said.

Some audience members said they found that message appealing.

“I think this represents what I would hope the future of American politics will be,” said Benjamin S. Raderstorf ’14, who attended the event.

But not all audience members were taken with Shaichs’s message.

“Disagreeing about things is human nature—it’s the nature of politics,” said David Lee, a high school senior from North Carolina who was in the audience.

This article has been revised to reflect the following corrections:

An earlier verison of the Oct. 22 news article "Panera Bread CEO Speaks on Politics" incorrectly suggested that Ronald M. Shaich, co-founder and CEO of Panera Bread, was the founder of No Labels. In fact, he is not.