Five Reasons for Reason and Faith 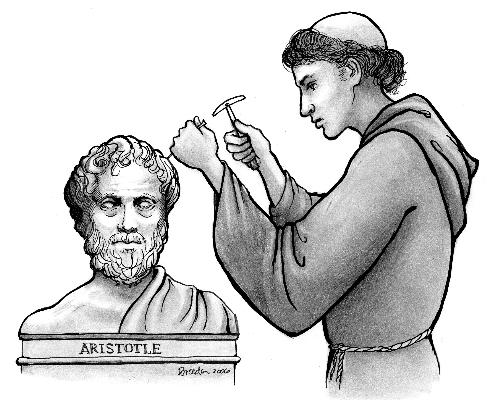 When the latest general education report was released last week, the world’s Harvard-watchers focused intently upon the report’s most unorthodox recommendation—a “reason and faith” requirement. It even made headlines in The Times of India!

Religion is surely the boldest part of the proposal and its inclusion speaks directly to the overall vision of the report: that general education should be oriented towards global citizenship in a fast-changing and complex world. I look forward to student and faculty discussion in the weeks ahead, but in the meantime let me advance five reasons I think “reason and faith” is a great idea for general education no matter what your field of study, future profession, or creed.

First, globalization makes a deeper and more nuanced knowledge of the religious currents of today’s world necessary, even urgent. Every student of economics or government sees how globalization has fundamentally altered our approach to international affairs, security, and development. Yet globalization has also transformed the scope and reach of religion. The energies of religious ideas and movements race through the circuits of today’s communication revolution. The possibilities of human understanding—and misunderstanding—are vastly amplified.

Yet virtual illiteracy about the religious histories, traditions, and values of people who are near-neighbors is widespread. Hair-trigger media coverage turns obscure Danish cartoons or a university lecture by Pope Benedict XVI into international controversies. We live in such virtual proximity today that stereotypes and half-truths are not only unacceptable in world affairs, but dangerous.

No university in the 21st century should ignore the importance of basic religious literacy. No educated person in law, business, or public life can afford to acquiesce in old-fashioned or monolithic understandings of Islam—or Christianity, for that matter.

Second, our local worlds are more pluralistic than ever, having been made much more complex by the worldwide migration of people both as refugees and immigrants. Over the past four decades, the U.S. has become a multi-religious nation to a greater extent than ever before. There are Islamic centers, Hindu and Buddhist temples, synagogues, and a multitude of contesting churches in every major city.

The demographics of Harvard have changed too—and radically since the Core was enacted 28 years ago. Muslim or Hindu colleagues and friends are not only around the world but across the street, across the hall, or in the lab. Muslim students invite Jews to share a fast-breaking meal at the end of a day of fasting on Ramadan and Yom Kippur. Jews invite Muslims for an iftar in the Sukkah at Hillel. In the modern world, religious and cultural differences are simply part of our daily lives. The curriculum must catch up with this reality.

Third, for better or worse, religion has put its stamp on the discussion of major public issues. Religious rhetoric and symbols are employed in identity politics in the United States and around the world. Some may want to throw up their hands and wish religion would simply disappear, as it was supposed to with the onslaught of modernity. But realpolitik dictates otherwise.

Public issues are fraught with the froth of religious symbol and slogan. For example, the Ten Commandments controversy elicited polarized discussion that was not simply about posting the Commandments in public spaces, but more broadly about who “we” are as a nation. A Harvard graduate should be able to speak coherently and analytically on the uses and misuses of religion and not rely on talk show commentators for a grasp of the issues.

Fourth, the study of what we call “reason” and “faith” involves meeting influential, challenging, and exciting thinkers, some of them quite outside the intellectual worlds we know best. Who are today’s great thinkers? What do they have to say to their communities, and to us?

I think of the Lutheran student from the Midwest who found that the rationalism of the Dalai Lama opened to her a world of thought that was not only challenging, but compelling. I think of the student who wanted to write her term paper on women’s issues in Islam and discovered the breadth and power of Muslim feminist writers she didn’t know existed, the Muslim student who discovered the writings of Abraham Joshua Heschel, and the atheist who found that Buddhist philosophers didn’t “believe in God” either.

How do people in each faith encounter the challenges of science, globalization, democracy, secularism, and the sheer fact and power of the religious “other?” These are the world’s questions, not just ours. If our curriculum hopes to create global citizens, it cannot avoid them.

There is still much to discuss, but I am proud to be part of a faculty that has produced such a visionary proposal. Speaking of faith, the proposal puts forward a philosophy I believe in, and I am eager to teach the kind of classes that it calls for.

Diana L. Eck is professor of comparative religion and Indian studies, Wertham professor of law and psychiatry in society, president of the American Academy of Religion, and master of Lowell House.

The Ship of Truth