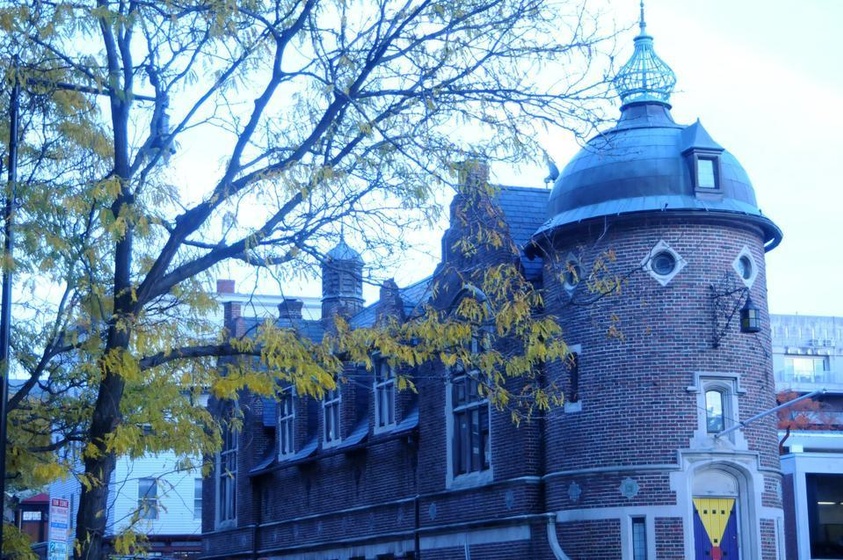 In the spirit of darkness and debauchery, FM has compiled a list of seven (and a half) of the creepiest places our quaint little brick-clad college has to offer.

With All Hallows’ Eve around the corner and Salem an hour away by commuter rail, most of us will have to get our thrills and chills on campus. In the spirit of darkness and debauchery, FM has compiled a list of seven (and a half) of the creepiest places our quaint little brick-clad college has to offer. The challenge? Take a photo of yourself in costume at each of the listed locations this weekend and send them to fm@thecrimson.com. The best set of photos (as determined by a secret but totally objective judging process) will win you a $50 gift certificate to Russell House Tavern and a spot in next week’s issue.

Walk into any entryway in Adams and take the stairs down to the tunnel below, which was reportedly used by Adams students to move about the House without having to brave the cold. That’s great, but what do those creepy murals on the walls mean? What are they trying to cover up down there?

2. The Student Organization Center at Hilles (The SOCH)

If you’re feeling ambitious, shuttle to the Quad and explore literally anywhere in this building—it’s all spooky, particularly after dark. You might try the Penthouse “Coffee Bar,” if that’s really its function, or the SOCH Cinema downstairs. Even the students studying in the reading room on the ground floor are not to be trusted.

Luckily, you don’t have to be a freshman to access the balcony. Or maybe it’s not so lucky, depending on what you find up there. Walk in the back, as if going into Sanders Theater, and take the elevator up to the balcony. Don’t be deceived by the happy, innocent freshman eating noisily below you. Something isn’t right there.

4. The Outside of The Lampoon Building

Located at 44 Bow St., near the intersection of Mt. Auburn Street. Any coulrophobics out there know what we’re talking about. This oddly narrow little building not only resembles a deranged clown, but is full of them.

5. Outside H-Entryway in Dunster House

It may have been 15 years since the infamous murder-suicide in this entryway, but the rumors of vengeful spirits still persist to the point that only tutors have lived in the suite of the incident ever since.

6. The Middle of Cambridge Common

Have you seen this place at night? It doesn’t have to be Halloween for you to feel scared for your life as you pass through after dark. We’re pretty sure the Common has something to do with why Harvard was recently named the third most dangerous campus in the country by The Daily Beast.

7. Level D of the Widener Stacks

Take the rickety, spookily fluorescent-lit elevator to Level D on either side of the stacks, and dare to discover what’s lurking in dark shadows beyond (or between) those musty and obscure books that no one has touched for hundreds of years.

Considered half a place, as it’s really an extension of Level D, but if you’ve made it out and can muster up the courage to walk deeper into the stacks, find the tunnel that connects the D-East elevator to Pusey Library’s second level. It’s disconcertingly bright and echoey down there, but will anyone be around to hear your screams?